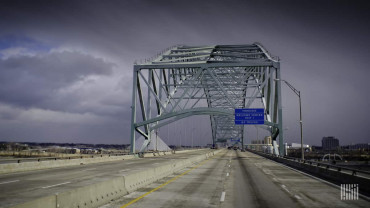 With the I-40 Hernando de Soto Bridge connecting Arkansas and Tennessee over the Mississippi River expected to be closed for the foreseeable future, the Arkansas Trucking Association estimates the closure will cost the trucking industry $2.4 million each day.

ArDOT said that approximately 12,500 trucks traveled over the I-40 bridge each day and an additional 14,000 trucks cross the I-55 bridge daily. Based on operational cost data from the American Transportation Research Institute, which indicates the average cost of operating a truck to be $1.20 per minute, the cost to those 26,500 trucks impacted by the closure adds up to $2.4 million per day.

A major freight lane between West Memphis, Arkansas, and Memphis, Tennessee, the bridge has been closed since May 11 after inspectors noticed a crack and called 911 to immediately get traffic off the 3.3 mile-long structure.

The Tennessee DOT said in its daily update Monday that it is unable to project a reopening date for the bridge at this point. The U.S. Coast Guard reopened the river below the bridge to barge traffic on Friday, May 14.

“The closure of the I-40 bridge creates bottlenecks and delays impacting all 26,500 trucks relying on this major freight corridor connecting east and west,” said Arkansas Trucking Association President Shannon Newton.

Using GPS data, ArDOT found that the detours in place take an average of 10 times longer than the normal route over the bridge.

According to TDOT, the repair of the bridge will be done in two phases, and both phases will need to be completed before the bridge is reopened to traffic. During the first phase, steel plates will be installed on either side of the fractured beam to strengthen the damaged area to allow crews to install equipment for the permanent replacement of damaged components. Design of the second phase of the project is still in the works, TDOT said.

TDOT is in charge of maintenance on the bridge, while ArDOT handles inspections and the costs of inspecting, maintaining and repairing the bridge are split between the states.