How to Deal with Aggressive Drivers 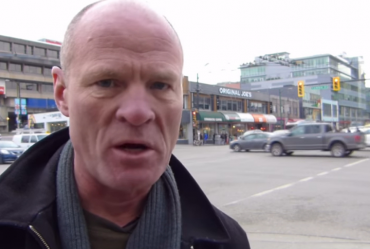 One in three Americans surveyed by AAA during a recent study said they would likely plan another summer road trip, while 27% would increase their miles drive during one as long as gas prices remain affordable. For commercial drivers that means more people on the roads, more congestion, and more frustrated drivers this summer.

This can lead to aggressive driving behavior, such as tailgating, unnecessary horn honking, verbal assaults, or making hostile hand gestures. In fact, a 2018 study by the AAA Foundation for Traffic Safety found that nearly 80% of drivers expressed significant anger, aggression or road rage behind the wheel at least once in the previous year.

Aggressive drivers are a reality and can be highly dangerous, but fleet drivers need to safely share the road with them.

Experts offer the following advice on how to stay out of harm’s way when you encounter a hostile driver:

Check and Correct Your own Behavior

While there is never an excuse for road rage, sometimes frustrated drivers get worse due to other motorists. If you find someone tailgating you for example, determine whether or not you may be driving too slowly, straddling lanes or doing something to aggravate that driver. If so, correct your own error and move on.

Drivers who are behind you honking their horn or tailgating are a hazard to everyone else on the road. Simply let them pass, and hopefully they will move on and calm down.

If you spot a driver making frustrated hand gestures or verbally attacking you or other drivers, simply disengage. Do not make eye contact; do not speed up and try to teach him or her a lesson.  Ignore the behavior—it’s the safest strategy.

Sometimes a driver that appears to be aggressive may actually be someone experiencing a medical emergency. For example, a speeding, lane-swerving driver may actually be rushing someone to the hospital. So bear in mind that not all bad driving behavior stems from anger. Finally, when you do encounter a truly hostile motorist, take a deep breath and accept that the problem is his or hers—not yours. This will help you to maintain your own composure rather than get caught up in the aggression, which can be contagious.

The best thing you can do when a hostile driver is on your tail is to simply pull over into a parking lot or rest stop. Let the aggressive driver move on and take a few moments to yourself to regain your composure before getting back on the road.

If a driver with road rage follows you even as you pull off the road, be cautious. Keep your windows shut and your doors locked, and call 911.