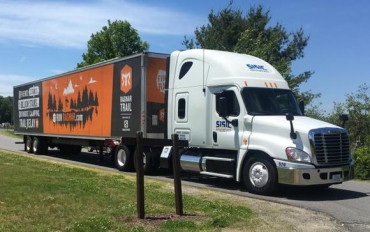 The former owner of a Rhode Island trucking company was sentenced to three years of probation after admitting he routinely altered thousands of entries collected by his trucks’ electronic logs to conceal drive time and on-duty hours for his drivers.

According to court documents, Sisic owned 11 tractors and 10 box-style commercial trailers. He employed seven to 10 commercial drivers at a time.

In October 2017, Sisic installed Omnitracs Electronic log devices on his trucks and used its automatic onboard recording device (AOBRD) software to track his drivers’ hours behind the wheel.

While the AOBRD application doesn’t allow a driver to edit the drive time, it does permit a company official with edit rights in the online system to log in and change any portion of a driver’s hours-of-service record or electronic log, according to court documents.

Prosecutors alleged that Sisic made thousands of edits to electronic hours-of-service logbooks for approximately 20 STS drivers between January 2018 and May 31, 2019, to conceal drivers’ actual drive time and on-duty status.

Court documents alleged that Sisic provided altered driving records to an Oklahoma state trooper who was investigating a fatal crash involving an STS driver in Oklahoma on April 22, 2018. Prosecutors claimed that from April 12, 2018, to April 22, 2018, Sisic edited the deceased driver’s logbooks to “remove and conceal actual drive time.”

Prior to the driver’s death, he texted Sisic, stating, “Please don’t forget to fix my logs, I have 1:51 left.” Sisic responded back, “I fixed you got 5 hours just update hopefully it’s enough,” according to court filings.

During a compliance review in late October 2018, Sisic provided a Federal Motor Carrier Safety Administration (FMCSA) investigator altered hours-of-service records for his drivers, which contained the “fraudulent edits” he made to the electronic logs.

At sentencing, McElroy ordered that Sisic “shall not have any type of ownership interest in any commercial truck driving company while on supervised release.”