Average cost to transport a car 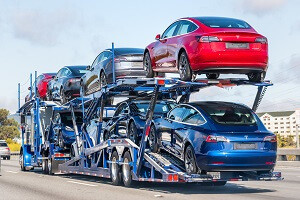 How much does the car delivery cost?

You have to pay about $950-1000 as an average cost to transport a car across the country. The price level reaches at least $1200, with an average amount of about $700. At the same time, for a mile trip with a distance of 1000 miles, you have to pay an average of 60 cents. Usually automobiles are delivered for various reasons, and first they are moved to a new place of residence. Delivery is also common in interstate car sales. Shipment is carried out in a truck, train, ship or plane, depending on the route, or the capabilities of the shipper and its location.
Often most of the shippers of vehicles prefer to ship them with the help of professional transporting companies, as well as via companies with a full range of shipping services. It happens that such broad-based companies work on a contract basis with professional transport workers and this allows better coordination of the movement of vehicles along the route and improves service for their customers.

As mentioned above, the car transport cost per mile is 60 cents for distances of more than 1000 miles. In the case of shorter distances, the price will be higher. A distance of 500 miles or less costs about $1. The cost is influenced by factors such as the transport route, the type of transport used and the seasonality. Some carriers offer fixed rates for transportation, but the car transport estimate cost again depends on the distance. For long-distance movement, trucks with semi-trailers are mostly used as the very convenient means of delivery.

Transport costs above the tariff.

When selling transport, in addition to the basic fare, significant co-payments can also be applied. The price of fuel, for example, often changes in the market and therefore the fuel surcharge also varies. When large vehicles are transported, the fare increases and the customer pays for an additional space, which makes the shipping cost even 100% higher than the standard price. In the case of transporting expensive rare cars, the additional costs may include insurance, which depends on the insurance company. When you have to deliver a car as fast as possible, you will have to pay another $200 to $500, which is influenced by several factors, including the season. If there is an interruption in transport due to the debt of the customer, for example, when the carrier himself is unable to contact the latter at the appointed time, the fine for such a situation will amount to several hundred dollars to be paid.

What is a car transport average cost?

Interstate car shipping costs on average $350 to $750 on short distances and in the range of $1200-1700 on long routes. To calculate the final quote for delivery, it is important to consider the dimensions of a transported machine. With the same shipping route, the sedan would be $200 less than the SUV. Let's list some working prices for transporting vehicles to understand average car transport costs:
Coast-to-coast delivery has an average cost of $1,100 for a sedan and $1,300 for an SUV / pickup. Sending a sedan from the East Coast to the Midwest and back costs $700, and an SUV would make it at $800. On the route from the Midwest to the West Coast and back, the sedan is transported for $900, and the SUV or pickup is within $1100. The loading and delivery of the sedan from the north of the country to the south is $700, and the SUV is $800.

Every person moves at least once in his life from one place of residence to another, changing homes and jobs. In such situations, several decisions are made to obtain the cheapest option, whether it is the car transport services cost of a specialized transport company, or your own option to move the car to a new location independently, instead of using the transport company services. Each option is good in its own way with possible negative aspects. Therefore, before choosing the type of car shipping to a new home, you need to clearly understand the costs involved.

Many forwarding companies and road carriers place shipping cost calculators on their websites to calculate rates for car deliveries. These calculators or cost estimators use a range of data provided by customers to perform computer analysis and generate an average delivery price. Such data are usually the distance with vehicle loading and unloading points, the number of vehicles for delivery, dimensions of the vehicles, shipping time (season) and mode of transport. When calculating the cost, the distance takes into account the fuel expense and the driver’s working time. The number of vehicles and their size affect the space occupied in the truck’s  trailer and therefore the fewer cars on the truck trailer are loaded, the more expensive the transport will be. The demand for transport depends on the season, and this also affects the price, as does the means of transport (open or enclosed trailers).

When analyzing the prices of transport companies, it becomes clear that the car transport service cost is mostly affected by the distance of moving. Take, for example, movement from the northeast of the country to the Midwest, where the cost of delivering a car can be less than $1000. While transportation from the northeast to the southwest can range from $1,000 to $2,000 and more when choosing different shipping companies. The costs of such companies are often correlated with the fluctuations in fuel prices in the country's market.

The option to rent a caravan.

The above listed prices can be very significant for a person moving, so other ways of transporting your vehicles should be considered. If the family has the only one car, delivering it in a car transport trailer can become a good option. You will still have to pay more than two hundred dollars as a haul car transport trailer cost, and on top of that you will have to independently drive a truck with a trailer behind you, which in itself is a big challenge for many people. It requires the experience to drive such a large vehicle as a truck, even without a trailer. And with a trailer and a car in it, a ride can pose a real threat of a traffic accident.

If there are multiple vehicles for transportation, it can be difficult to find people who would wish to move one of them under its own power to a new location. You can rent a truck, deliver one car, and then fly back and take another one to your new home. In this case, the delivery cost includes the price of airline tickets. Also, those who move will have to pay rising fuel costs and other tolls on the road related to self-driving.

Self-transport of a car is always cheaper than using the services of a car transport company. However, delivery by a professional carrier is much more convenient and reliable. When changing residence you have to solve various issues and therefore the independent driving of the car will not only be exciting but also quite expensive. And when a professional road haulier provides car delivery services, the customer can save his vehicle from additional wear and tear and avoid stress and excitement during transportation. In addition, a car in a truck trailer is less susceptible to the risk of a road accident, and therefore nothing threatens the customer's life. Thus, the delivery of a car with the help of a transport company, although more expensive, appears to be safer.