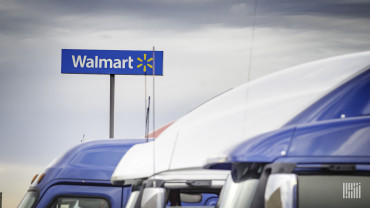 In a ruling issued Jan. 6, the three-judge panel from the 9th U.S. Circuit Court of Appeals found that the drivers were entitled to compensation under California law because Walmart had exercised control over their schedules during mandated layovers and other breaks. State law requires that employees be paid a minimum wage covering the entire time they are under an employer’s control. Cases such as these hinge on the magnitude of an employer’s control rather than if an employee is required to work.

The driver class has argued they should be paid the additional wages, which would be equal to the difference between Walmart’s “layover fee” and the minimum wage they would be entitled to under state law. The ruling covers employees who drove for Walmart from 2004 to 2015 and is the latest action in a case that stretches back well over a decade.

The panel dismissed Walmart’s claims that the drivers, who are already well paid by industry standards, should have the disputed wages effectively rolled into their salaries. The panel also brushed aside the retailer’s argument that federal law preempts state jurisdiction over such matters.

Writing for the panel, Judge Eugene E. Siler cited language in Walmart’s driver pay manuals demonstrating that the company exercised control over their drivers even when they were not on the road. For example, drivers were required to obtain company pre-approval before taking layovers at home, Siler noted. The judge wrote that “there was sufficient evidence for the jury to find” that Walmart had applied the policies stated in its manual and thus had control over the employees.

In a nod to the unique nature of California law, Siler acknowledged that a key part of Walmart’s argument — that drivers should not be compensated during periods when federal and state statutes require them not to work — “has logical appeal, but it does not follow California law.”

The panel heard arguments in the case last August.

In a statement late Jan. 6, Walmart said it believes that its drivers are “paid in compliance with California law and often in excess of what California law requires.” The company also cited its drivers’ elevated wages as evidence of its generosity.

Walmart said in the statement that it is reviewing the panel’s opinion before moving forward with a possible appeal.