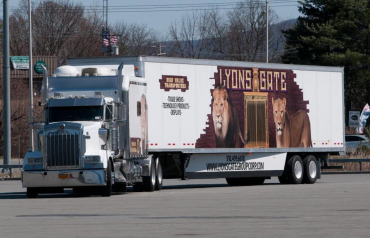 There’s federal money up for grabs again for pandemic-hit owner-operators and small fleets, with about seven weeks left to apply.

The process for effectively turning a PPP loan into a grant has been simplified since the first time it was offered, and in other ways the program is less restrictive than in PPP’s first round.

One drawback, however, is a hurdle for businesses looking to get a second loan. PPP2 requires a borrower to have suffered a drop of at least 25% in revenue for any quarter in 2020 compared to the same quarter in  2019. Many small trucking operations took a severe hit during the spring, enough to log a dismal quarter that would qualify for that 25% decline.

However, the industry overall rebounded for a good year. So there is no particular niche widely considered to have experienced the 25% quarterly drop, said Todd Amen, president and CEO of trucking financial services provider ATBS. Instead, most of those who can meet this criterion were individuals in special circumstances, such as “someone whose truck broke for a couple of months, someone who got sick, someone who sat it out, concerned about their health,” he said.

The program “has expanded a lot as far as what they can use the loans for,” said Chris Goodsell, manager of ATBS consultants. The U.S. Small Business Administration, which administers the programs, lists these as acceptable ways to spend the money for new and repeat participants, which is calls First and Second Draw recipients: “to help fund payroll costs, including benefits, and may also be used to pay for mortgage interest, rent, utilities, worker protection costs related to COVID19” and other uses. Also, terms for forgiveness require that “60% has to go to payroll costs,” Goodsell said. 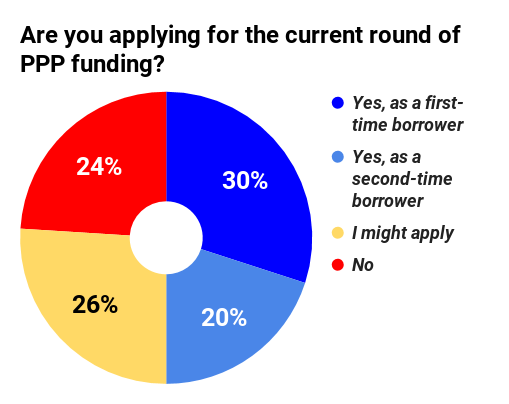 At least half of those responding to this recent poll on Overdrive planned to apply for PPP funds.Another loosening of requirements for forgiveness is the term for dispersing the funds, which formerly was eight weeks or 24 weeks, he said. “Now it’s anywhere in between.”

It’s difficult to make the numbers work smoothly on the short end, so ATBS recommends planning a term of 11 to 24 weeks for borrowers to pay themselves and, if any, employees. A one-truck operator with his own authority, operating as a sole proprietor, should set up a personal account to receive set payments over the term that would cover the 60% target, advised Goodsell.

PPP1 borrowers were faced with a complicated form to have their loans forgiven, but a newer form is much shorter. “It keeps getting simpler and simpler, to the point of why not just give automatic forgiveness?” said Goodsell. At the same time, he said, ATBS warns its clients, "The SBA lender may require strict documentation to ensure you have used the funds properly before the loan is forgiven."

ATBS has seen about 5 percent of its clients express interest in the current round of funding, which opened Jan. 11, and a small fraction of those have applied. There appears to be no concern so far about early applicants exhausting the $284 billion available, Amen said.

The application deadline is March 31 for First and Second Draw recipients. A little more than four in 10 PPP-interested ATBS clients are looking at becoming "second draw" borrowers, the others being first-timers, Goodsell said.

Goodsell said a borrower could calculate that monthly amount by dividing by 12 their annual income reported on IRS Schedule C. Calculations of what is considered “payroll” in this sense can vary, depending on whether the business is structured as a sole proprietorship or corporation and whether the business has W-2 employees.

ATBS is assisting its clients, as well as others, to apply for the program. Borrowers can also proceed on their own by finding participating banks or other lenders through SBA website which also explains how the program works.

There is no need to apply through third parties to obtain PPP funding. The U.S. Federal Trade Commission last year sent warning letters to companies that “have falsely claimed an affiliation with the SBA or approved PPP lenders, or have represented untruthfully that people can get PPP or other SBA loans by applying on their sites.” –Senior Editor Todd Dills contributed to this report.