‘If I go over 3 hours on a break, does it count against my 14?’ — More questions and answers about new HOS regs 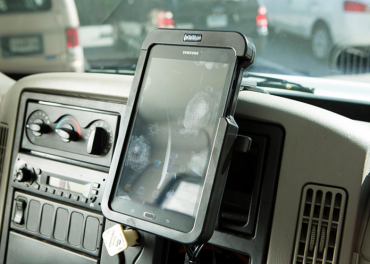 Over the past six weeks, we’ve been hitting hours of service topics almost daily here on Overdrive, and with good reason: There still seems to be a good bit of confusion bouncing around as to how drivers can use the regulations and how to tabulate their available remaining drive time and on-duty time.

That issue seemingly has been compounded by some prominent ELD platforms telling drivers they’re in violation when in fact they’re not. Overdrive Senior Editor Todd Dills explored that topic in-depth in a podcast published Thursday.

Today, another round of hours of service questions answered below. If your questions still persist, drop me another note —jamesj@overdriveonline.com — and we’ll continue to try to answer them or find experts who can.

Here are a few questions we received in recent weeks, and answers to those questions, with insights from Daren Hansen, a compliance expert at J.J. Keller:

What happens if you go over the three hours on the shorter break? Does it go toward your 14 hours?

No. If you choose to use the split-break options, neither period counts against your on-duty clock or your drive-time, no matter how long the breaks are. If your shorter break runs 4 or 5 hours (or longer), that time will never eat into your 14-hour clock.

“The rule says it has to be at least two hours, but there’s no upper limit on it,” says Hansen. “So your quote-unquote shorter break can be as long as you want. But once you reach 10 hours, you reset. It can be 9.9 hours and still be excluded from your 14 as long as you get a second, qualifying break.” Among the questions: "Can I use a three-hour nap and not get penalized on it in the 14-hour rule?" You can, but depending on the ...

Likewise, in an Overdrive webinar hosted last month, FMCSA’s head of enforcement Joe DeLorenzo put it this way: “Both breaks are minimums, and we did that on purpose. The last thing we wanted to do is disincentivize rest,” he said. Thus, the shorter break of any pair must be at minimum two hours, and the longer break a minimum of seven, so long as they equal 10. “Let’s say the seven hour break turned into eight or nine hours — That’s fine. None of that would count” against the 14-hour clock.

After you take your second split of the pair, whether it’s the shorter or longer of the two splits, do you start your hours fresh?

No. To reset your hours, you need to go off-duty for a full 10-hour break. If you use the split-sleeper options, when you go back on-duty after any off-duty split period, your remaining time available is calculated by subtracting from your 14-hour clock and your 11-hour clock the time you were on-duty between the two breaks.

“As the rule states, you start your count from the end of the first break, [minus] whatever you used in between,” said Hansen. “If you were on-duty for five hours between the breaks, then you have nine hours left on your 14 and six hours driving time, if you drove for those five hours. It’s whatever’s left after you subtract out what you did between the two breaks.”

Does my 30-minute break still count against my 14 hours?

Yes. FMCSA did loosen the parameters around taking the required 30-minute break, but it still counts against the 14-hour on-duty clock. But, in many cases, drivers may not have to take the 30-minute break the way they do now. It can now be satisfied using any duty status that isn’t on-duty driving, and it only has to come within the first eight hours of drive-time, rather than the first eight hours of on-duty time.

If a driver is held up at a customers’ for three hours and they are off-duty, would this extend their duty day by three hours?

Also, if this is the case, they would have to take their 10 hours off (which would give them their full 14-hour day again) or take their 7 hours in the sleeper and then all they would have left is 11 hours minus their drive time from the previous day, correct?

Yes — on all questions. But to clarify the first question, it’s not semantically correct to say that a drivers’ duty day would “be extended” if they go off-duty during detention time. Instead, that would count as the first split in their split-duty cycle. As the question states — the driver would then need to take a second break of at least seven hours long before they run out of on-duty and drive-time to remain compliant. If that break goes a full 10 hours, then their duty-cycle clocks reset entirely. If not, they’re left with the amount of hours remaining after subtracting the time between their two breaks.

For short haulers, under the new regs do we still get one 16-hour day without taking a two-hour off-duty break?

Yes. “If you comply with the terms of the 16-hour exception,” says Hansen. “You have to follow the terms, but, yes, there is no change there under the new rule.”

I read that short haul drivers do not have to use a log book or an ELD. Instead they can use a time card and put time in if they leave and return at the same location every day. Is this correct?

Yes. Short-haul drivers who operate within a 150-air-mile radius of their daily start and end point do not need to keep logbooks or use an ELD. Also, short-haulers under the new regs can now operate 14 hours on-duty in a day rather than the 12 allotted by the old regs.