FMCSA asks: How much is the industry using the HOS waiver? 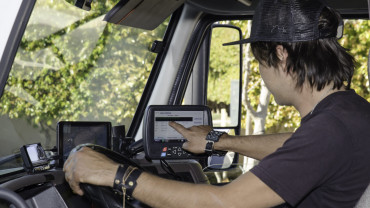 With another extension of the emergency hours-of-service waiver looming, federal regulators want the trucking industry to let them know to what extent carriers and drivers are actually taking advantage of the exemption.

The first-of-its-kind, 50-state exemption was originally issued by the FMCSA in March 2020 in response to the COVID-19 outbreak. The order gives drivers and carriers more time to make deliveries without violating federal work-hour requirements. It has been modified, expanded and extended several times as the types of products given priority during the pandemic evolved from food and fuel to face masks and vaccines.

But after 17 months of the exemption being in effect, the FMCSA will attempt to find out how useful it is in order to help inform future extensions.

“FMCSA does not know how many motor carriers or drivers are relying on the emergency declaration.”

Given the “unprecedented period” since the waiver was first issued, FMCSA plans to conduct a monthly survey for six months of an estimated 1.2 million drivers and carriers to get more information on whether and how the waiver is being used. The agency estimates the survey will take 15 minutes to fill out.

As FMCSA seeks Office of Management and Budget approval of the survey, anyone who wants to comment on it, including whether it is necessary or ways to improve it, has until Monday.

Meanwhile, the most recent extention of the waiver — issued on May 26 and set to expire on Tuesday – is slated for another multi-month extension, according to a U.S. Department of Transportation official.

“We’re a team player on the field alongside our other federal agency teammates that are issuing exemptions as part of the Biden administration’s holistic response to the ongoing emergency,” a DOT spokesperson told FreightWaves.

The current version of the waiver exempts drivers and carriers from Parts 390 and 399 of federal regulations — which includes driver hours of service — for those “providing direct assistance in support of emergency relief efforts” related to COVID-19. It is limited those hauling:

While the commodities are specified in the waiver, the exemption could be causing confusion in the industry as to what is covered, as previously reported by Freightwaves. In addition, truck safety advocates have cautioned that safety should be a priority in expanding and extending the waiver.