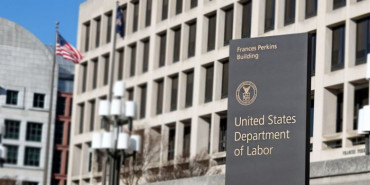 In a widely expected move, the U.S. Department of Labor has withdrawn a rule published in the last days of the Trump administration that changed the definition of independent contractor.

The U.S. Department of Labor announced the withdrawal of a rule that would have made it harder to prove workers were employees rather than independent contractors under the Fair Labor Standards Act.

The rule that was intended to change the definition of independent contractor was published in the last days of the Trump administration. But the Trump-era effort was put on hold by the Biden administration, and the Labor Department issued a proposal in March to withdraw the rule.

The Fair Labor Standards Act sets forth laws regarding minimum wage and overtime requirements, and also affects issues such as benefits and workers compensation. It applies only to employees, not to independent contractors. But the law’s definitions of “employee” are extremely broad. As a result, the issue of who is an employee and who is an independent contractor has been the subject of many a court case, with some workers saying they were "misclassified" as contractors but treated like employees – but without the FLSA protections granted to employees.

Under the Trump administration, the Department of Labor tried to simplify that definition of independent contractor, adopting an “economic reality” test to determine a worker’s status as an employee or an independent contractor. The test would have considered whether a worker is in business for himself or herself (independent contractor) or is economically dependent on a putative employer for work (employee). The now-withdrawn rule set up two "core factors" in making the determination: Nature and degree of control over work, and opportunity for profit or loss based on initiative and/or investment. It also addressed in its preamble issues relevant to the traditional leased owner-operator model in trucking, including long-term relationships between parties, the issue of how safety and other government mandates may affect the contractor relationship, and that piece rates (e.g., pay by load or mile) would not conclusively define IC status.

However, in the widely expected move, the department announced May 5 that it is withdrawing the rule, effective May 6. In its announcement, DOL cited several reasons, including:

The department also said it anticipates that the withdrawal will avoid a reduction in workers’ access to employer-provided fringe benefits such as health insurance and retirement plans, as well as unemployment insurance and workers compensation coverage.

“By withdrawing the Independent Contractor Rule, we will help preserve essential worker rights and stop the erosion of worker protections that would have occurred had the rule gone into effect,” said U.S. Secretary of Labor Marty Walsh in the announcement. “Legitimate business owners play an important role in our economy but, too often, workers lose important wage and related protections when employers misclassify them as independent contractors. We remain committed to ensuring that employees are recognized clearly and correctly when they are, in fact, employees so that they receive the protections the Fair Labor Standards Act provides.”

When the independent contractor rule was first introduced, much of the trucking industry hailed the change. The American Trucking Associations said the final rule addressed issues such as long-term relationships not automatically implying "control" of the worker.

The Teamsters, however, opposed the change and asked the Biden administration to negate the rule.

The Owner-Operator Independent Drivers Association issued a statement May 5 expressing its disappointment with the rule's withdrawal.

"Under the new rule, OOIDA believes that owner-operators could have generally continued working under their existing arrangements with carriers without fear of being reclassified as an employee," it said.

"The department’s final rule, for the most part, would have helped provide new certainty and clarity to owner-operators," said Lewie Pugh, OOIDA executive vice president. "While there were certainly some provisions that needed to be fixed, this could have been done without the wholesale withdrawal of the rule.

“As we’ve seen with the disastrous roll out of the ABC Test in California, the implementation of one-size-fits-all rules for worker classification just won’t work in the trucking industry,” Pugh added. “The independent contractor rule issued by the Trump administration would have provided some protection against this from happening on a national scale, and we’re disappointed that the rule is being withdrawn.”

OOIDA previously submited comments to DOL on April 12, urging them to address specific problems in the final rule without fully repealing it.