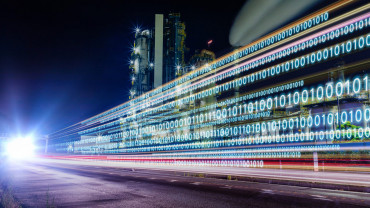 The U.S. Department of Transportation (DOT) released on Monday a strategy for integrating automated driving systems (ADS) into the commercial trucking and passenger vehicle sectors.

The 38-page Automated Vehicles Comprehensive Plan (AVCP), which will be published in the Federal Register for public review and comment, “lays out a vision for the safe integration of automated vehicles into America’s transportation system while ensuring that legitimate concerns about safety, security, and privacy are addressed,” said Secretary Elaine Chao.

It was one of Chao’s last public announcements before resigning from DOT on Monday.

The AVCP notes how automated trucking companies are developing Level 4 ADS which have an “operational design domain” of limited-access highways, either from exit to exit or on-ramp to off-ramp.

The document states that the Federal Motor Carrier Safety Administration (FMCSA) plans to host a series of sessions with ADS-equipped CMV developers, truck manufacturers, motor carriers, industry associations and other groups to further develop industry-based standards for trucks that eventually will be operated without a driver. It points out that DOT is actively studying the potential impacts of ADS on the country’s long-haul trucking workforce.

“In the context of ADS-equipped CMVs, FMCSA will continue to exercise its existing statutory authority over the safety of motor carriers operating in interstate commerce, the qualifications and safety of CMV drivers, and the safe operation of commercial trucks and motor coaches. FMCSA retains its authority to take enforcement action if an automated system inhibits safe operation.”

“This the first platform connecting the public, manufacturers, developers, operators, and all levels of government to voluntarily share information about the on-road testing and development of prototype automated driving systems,” said NHTSA Deputy Administrator James Owens.

FMCSA Deputy Administrator Wiley Deck commented that AV technology could ultimately save thousands of lives. “FMCSA is pleased that initiatives like AV TEST can help in this regard by deepening the knowledge in this area. We take seriously our responsibility to ensure the testing, and eventual AV deployment is conducted in a manner that maintains the highest level of safety for the motoring public,” he said.

Speaking in support of the AV TEST expansion, Ariel Wolf, counsel for the Self Driving Coalition for Safer Streets, noted that an estimated 90% of all crashes are in some way linked to human error. “Fully autonomous vehicles have the potential to reduce fatal traffic crashes because they remove human error from the driving process entirely.”

Wolf announced that TuSimple, Embark and Kodiak — in addition to being part of AV TEST — had become the first companies dedicated exclusively to developing self-driving trucks to join his coalition. Other members of the Coalition, founded in 2016 to promote driverless vehicles, include Nuro, Lyft, Uber and Waymo.

“The addition of Embark, Kodiak and TuSimple marks the coalition’s commitment to advocating for the broad spectrum of autonomous vehicle use cases,” Wolf said. “By adding their voices to our work with federal, state, and local policy makers, the coalition enhances our commitment to making self-driving technologies’ transformative potential a reality on America’s roads and highways.”