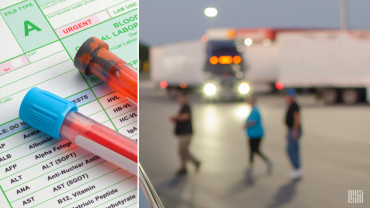 There is hope for a trucking industry that has been warning of a major blow to the pool of available drivers resulting from tighter compliance measures by federal regulators: Drivers are more often taking the necessary steps toward returning to duty after getting hit with violations.

That seems to be one of the trends revealed by data compiled by the Federal Motor Carrier Safety Administration’s (FMCSA) Drug & Alcohol Clearinghouse, which went into effect in January 2020.

Of the 55,901 drivers declared ineligible to drive because of one or more violations, almost 7,906 have returned to driving and an additional 7,574 are eligible for return-to-duty testing.

“This means that over 25% of drivers who failed a drug or alcohol test have demonstrated the desire to return to trucking by taking the steps necessary to return to driving,” said P. Sean Garney, vice president at Scopelitis Transportation Consulting. That compares to just over 14% of drivers working toward reinstatement as of June 1, 2020, when the data was first made public.

“It’s great to see this trend continue because it means that there are a lot of committed drivers out there willing to overcome adversity to keep America’s freight moving,” Garney said.

At the same time, however, the number of drivers determined to be eligible for return-to-duty testing but not yet having taken the test has also increased every month (see chart), suggesting that some drivers “may be struggling to find an employer willing to sponsor their return-to-duty testing and are therefore having a hard time returning to trucking.”

The latest clearinghouse data also shows that after the first year in operation, the industry lost — at least temporarily — 47,995 drivers due to drug or alcohol violations recorded in the database. “The good news is that’s only about 1.5% of CDL drivers, beating some of the doomsday predictions of massive driver loss by a long shot,” Garney said.

Some in the industry have been predicting that if hair test results are allowed in the clearinghouse, the percentage of ineligible drivers could increase anywhere from 3% to 10%.

The latest data also reveals that trucking companies or their designated representatives have made over 5 million queries into the system to verify a driver’s drug and alcohol test status, with 3.3 million of those categorized as federally required annual queries.

“This means that, theoretically, nearly every active CDL driver has had his or her name run through the clearinghouse at least once,” Garney pointed out. “The days of drivers incurring a drug or alcohol violation and avoiding detection and skipping the return-to-duty process are over, and that’s good news for safety.”