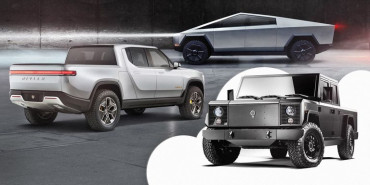 Just 5-6 years ago thinking about trucks with an electric system would be out of reality. But more and more developing technologies make possible things which were impossible just recently. And if you consider Tesla as the only company working on this project, you are totally wrong. New niche always means growing competition, and a truck electric sphere is not an exception.

Here we will consider the most influential players together with their most promising projects.

Of course, it’s not all the electric cars’ producers we have at the moment. Plus, every month we hear about more and more new projects. The main point here is that at the moment there are no fully ready versions to purchase or at least to test. And we need to wait until all these models will be at free sale.