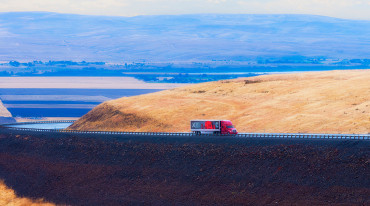 The costs associated with trucking have increased substantially, according to a new report from the American Transportation Research Institute.

ATRI on Nov. 4 released “An Analysis of the Operational Costs of Trucking,” which reflects data from 2018. The report indicates the average marginal cost per mile incurred by motor carriers in 2018 rose to $1.82, marking a 7.7% increase from 2017.

According to the report, 2018 costs represent the highest to date in the organization’s data collection history on this subject. The report mentions the strong economic environment that characterized the trucking industry in 2018. However, these economic conditions also placed pressure on nearly every cost experienced by carriers. Costs rose across every line item except tires.

Driver wages and benefits have increased as a response to the severe driver shortage, according to the report. The driver shortage ranked No. 1 on ATRI’s industry issues list, released Oct. 6. American Trucking Associations published a report indicating the industry was short 60,000 drivers last year.

“It’s not clear if, based on the data, whether these increases in bonuses and wages are really making a big dent in the driver shortage,” ATRI Senior Vice President Dan Murray told Transport Topics. “It’s a good thing that wages go up because most research and anecdotal information says a satisfied driver stays put and is considerably safer than a dissatisfied driver.”

Repair and maintenance costs rose to 17.1 cents per mile in 2018, which ATRI characterized as a counterintuitive increase because of the record sales of new trucks and trailers. ATRI reported Class 8 tractor sales boomed in 2018, seeing a 32.1% increase year-over-year.

The most commonly reported commodities transported in 2018 were construction materials, general freight, agricultural products and automotive parts. General freight is a catchall term for nonspecialized freight, such as household goods or retail products.

The report reveals the average marginal cost per mile in five regions of the country. Operations in the Northeast were the costliest in 2018, at $1.96 per mile. The report notes the Northeast presents heavy population concentrations and numerous tolls. The West was not far behind, reflecting an average cost per mile of $1.81. The West is characterized by longer trips and traffic congestion in coastal areas. Carriers that do business in the Southwest and Southeast reported the lowest operating costs in 2018, mirroring findings in previous years.