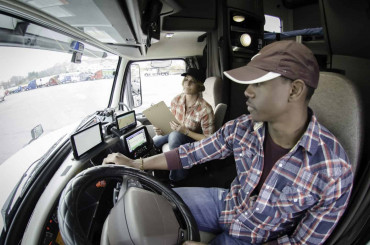 A top Trump Administration official provided more context into the level of flexibility regulators will be considering when trucking hours of service (HOS) changes are rolled out in June.

Speaking on May 16 at the annual Global Supply Chain summit hosted by the U.S. Chamber of Commerce in Washington, D.C., Jannine Miller, Deputy Assistant Secretary for Transportation Policy at the U.S. Department of Transportation (DOT), said HOS regulations – and making “common sense” changes to them – is one of the department’s near-term priorities.

DOT has been considering “rest breaks and what can occur during those breaks, the length of drive-time versus on-duty, personal conveyance, as well as something as simple as defining what an agricultural commodity is,” Miller said, while aiming to “take away the heavy-hand of government where it does not help the private sector, and make sure, obviously, we’re still protecting all the safety standards that we benefit from.”

Miller’s comments are in line with recent statements from her boss, DOT Secretary Elaine Chao, and from Federal Motor Carrier Safety Administrator Ray Martinez, regarding the tack the Trump Administration will likely be taking in its final proposed rulemaking as it strives to make HOS regulations more compatible for drivers.

“I can tell you the Department understands the importance of giving you the flexibility [to do your jobs],” U.S. Secretary of Transportation Elaine Chao told attendees at the Mid-America Trucking Show in March.

The HOS rulemaking is currently under review at the Office of Management and Budget (OMB) and scheduled to be published for public comment in the federal register on June 7, although that could change depending on OMB’s review process.

Private companies, particularly startups, appreciate the flexible approach regulators under the Trump Administration have been taking on addressing new transportation technology. Speaking on the innovation panel alongside Miller, Jonny Morris, head of public policy at Embark, a developer of self-driving long-haul trucks, said it has been “really great” working with both Chao and Martinez.

“I think in the past the reaction has been, ‘we need new rules for this,’” Morris said. “But with Elaine Chao and her team, they’ve looked at all the existing rules dealing with equipment and operations and said, ‘which of these can we re-purpose, what existing authorities do we have that can ensure safety while allowing these [autonomous] vehicles to be developed and eventually deployed.’”

Morris cited the release in October 2018 of DOT’s AV 3.0 initiative, which includes guidance specifically addressing truck regulations. “We were pleased in that it held us to a very high safety standard that allowed a path forward for us, and resolved a lot of the uncertainty we had at the federal level,” he said.

Asked to comment on DOT’s approach toward autonomous long-haul truck technology such as that being developed by Embark, which claims to reduce costs and speed shipments by eliminating HOS limitations, “we definitely understand and are supporters of efficient freight flow, and the efficiencies that technology and automation can bring about – we’re laser focused on it,” Miller said.

“At the same time, safety is absolutely critical. What we’re really looking for are ways that autonomy can support safety. We think there are incredible safety gains that technology can bring that are maybe even beyond the efficiency gains.”