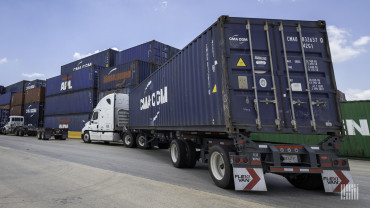 Passage in the Senate seen as unlikely but legislation reflects Biden administration views on independent contractor vs. employee debate

UPDATE: This file was updated Tuesday night after the House passed the PRO Act bill.

The U.S. House of Representatives passed on Tuesday a pro-union piece of legislation that among other things would bring California’s ABC test into one federal definition of an independent contractor.

The Protecting the Right to Organize Act (PRO Act) passed the House with a vote of 225-206, but it’s assumed that it won’t get 60 votes to pass the Senate.

However, it’s significant in that the inclusion of the ABC test shows where the Democratic Party and the Biden administration are headed on the issue of classifying independent contractors.

As he notes, the PRO Act consists of amendments to the National Labor Relations Act, which governs union elections and representation. The ABC test in California affects the status of all independent contractors except those who have a carve-out either through legislation or through the Prop 22 vote on Election Day that exempted delivery drivers from companies such as Uber and Postmates.

But the proposed PRO Act does bring in the ABC test in “ensuring employees are not misclassified as independent contractors and denied protections of the NLRA,” according to a summary of the proposed legislation published by the House’s Education and Labor Committee.

Horton said folding the ABC test into the PRO Act could mean, for example, that drivers hired as independent contractors for a trucking company may find that they are caught up in union politics, something that would not occur now.

“The PRO Act would potentially change that because of the B part of the ABC test, where they are in the same line of business as the company they are driving for,” Horton said.

The B prong of AB5, and the various places where it has been adopted, is the most vexing for the trucking industry. The B prong in turn was adopted from the wording in the Dynamex decision of 2018, a California state court ruling that established new criteria for determining whether a worker is an employee or a true independent contractor.

The B prong wording adopted essentially verbatim into the PRO Act defines an independent contractor as performing “a service … outside the usual course of the business of the employer.” A trucking company hiring a truck driver would be in conflict with that rule under AB5.

But the PRO Act, if passed, wouldn’t immediately reclassify independent owner-operators as employees when they drive for a trucking company. Rather, as Horton said in an online commentary about the act, the proposed law “includes several measures to expand the NLRA’s rights to more workers.” Since most of what the NLRA does deals with union representation or attempts to unionize, it would not govern every aspect of the employer-employee relationship.

If Congress were to enact the PRO Act, President Joe Biden has left little doubt about his view on it. “The PRO Act will strengthen our democracy and advance dignity in the workplace,” he said in a prepared statement.

The PRO Act and its endorsement of the B prong would be one more set of guidelines on the question of independent contractor vs. employee. Resolving all those conflicting policies keeps  employment attorneys busy.

The various tests and guidelines that are now used by agencies ranging from the IRS to state unemployment laws are what he called “multicategory” tests.

But many of those tests allow a judge or agency to weigh a company’s compliance with most of the standards rather than all. The ABC test requires adherence to all three. (The other prongs deal with questions of control and independence.)

“So when you look at all the various state and federal rules, and then you look at the potential for the ABC test, you could have a very different outcome,” he said.

At the time, there was no ABC test. But in an online commentary for his company’s law firm, Angel Castille Jr. wrote when the rules were handed down that the Obama administrative “interpretative guidance” should be interpreted that “in [DOL’s] view, ‘most’ American workers are really employees.”

Feary said he expects that guidance from 2015 and 2016 to be reimplemented. The guidance is not a rule, he added. Rather, the “guidance memorandum … is designed to inform enforcement and adjudication of the issue.”

The ABC provisions of the PRO Act are not all that could impact the trucking and freight sector. The entire law is aimed at making unionization at a business easier.

While long-haul trucking has never been ripe for unionization, given the fragmented nature of its employee base, Feary said there are parts of the PRO Act that could have impact on sectors like less than truckload, ports or “any operations where you have a lot of different drivers in the same place at the same time.”