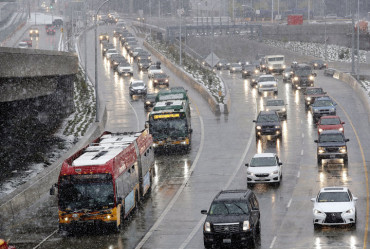 The year 2018 saw many changes for the trucking industry. I contacted Joe Rajkovacz, director of governmental affairs and communications for Western States Trucking Association (WSTA), a trucking advocacy organization in Upland, CA, and asked for his opinions on these changes and current critical issues.

Rajkovacz has been in the trucking industry since the 1970s, starting as a mechanic and a driver, then becoming an owner-operator in 1985. His current job requires him to monitor state and federal rulings and craft written responses. He also began and manages the business services unit of WSTA, which assists motor carrier startups, and is a frequent guest on Sirius XM’s Road Dog Trucking.

No. 1: ELDs and HOS—The ELD mandate isn’t going away. Many seem to expect significant HOS reforms; that won’t happen. In my opinion, there’ll be minor tweaking of the rules. Small carriers serving customers who continue to abuse time with excessive loading/unloading delays probably should “fire” those customers and find other opportunities. While many drivers don’t think there’s a “driver shortage,” there’s definitely a “capacity crunch” (not enough trucks for available freight demands).

No. 2: Cost of liability insurance—This is building into a critical issue for small carriers. Rates have doubled; even tripled, for some. There are numerous factors, not least the massive jury verdicts resulting from truck crashes (often where the driver/carrier is not at fault). Regardless of the fault, in the Federal Motor Carrier Safety Administration’s  (FMCSA’s) CSA program, that data is being used by underwriters at renewal time. Having poor roadside inspections will also result in higher premiums or even cancellation.

No. 3: CSA— While not a sexy topic, the current way data is accumulated and measured is being misused by insurance underwriters for the purpose of jacking up rates or denying coverage altogether—even when there’s no history of crashes. Hopefully, current leadership at FMCSA will implement many necessary changes.

No. 4: Truck parking—This isn’t a new issue; it’s been around for decades. In larger metro areas, however, this is becoming a critical issue, especially since more and more jurisdictions are prohibiting commercial vehicle parking even in industrial areas. Everybody wants what the truckers deliver, but no one seems to care about giving them a safe place to park. Every time a truck stop is proposed within a metro area, it faces significant opposition. This parking issue impacts HOS availability/productivity and diminishes a driver’s quality of life. Federal funding on this issue is a joke and not to be taken seriously, in my opinion.

No. 5: Driver distraction—A lot of discussion focuses on the increasing number of distractions from inside the truck cab related to numerous “safety technologies.” I believe most small truckers are more concerned about the significant increase in distracted driving occurring outside the cab, directly affecting their safety on the highway. Other than constant vigilance (defensive driving), unless states actually begin to take this issue as seriously as they do intoxicated driving, it’ll continue to be one of the largest safety issues faced by everyone.

No. 6: Driver retention—In a market-based economy, it’s tough to pay much of a premium above that of your competitors. However, I do believe you can improve retention by how drivers are treated at all levels of management, especially making sure they get home as often as possible. Younger people aren’t willing to accept what my generation did in terms of time away from families. One of our members out of Milwaukee operating 28 trucks and running the West Coast instituted a system for drivers located in the Midwest and on the West Coast. They meet halfway and exchange trailers, thus ensuring each driver is home every weekend.

No. 7: Driver shortage—Since small carriers are basically prohibited by their insurance companies from hiring drivers under a certain age and without a minimum number of years driving, they are aced out of a pool of drivers. This ties into the driver retention issue in which small carriers are competing for a much more limited pool of employees. I do think smaller carriers are much more nimble and responsive to their employees, and if you are growing a small company, having your existing drivers singing your praises is the best advertising. Many drivers do understand things don’t always go according to plan but when things go south, it can’t always be the driver bearing the brunt of the cost financially or more importantly getting screwed out of time off. Those company owners that understood this dynamic and at least threw me a bone were rare, but you’d follow them about anywhere because they had your back.

No. 8: Driver health and wellness—There are a lot of really good people in the industry working on this issue, but I don’t believe you can do any more than continue to inform drivers of the poor health consequences of not taking care of themselves. I have Type II diabetes, which was triggered from my 30 years of trucking. Because of my schedule, I typically only ate one large meal per day, usually late in the evening. You don’t have to be overweight or living a sedentary lifestyle to be at risk of developing diabetes. Everyone has their pet health care issue—and that one’s mine. Virtually all truckers are at risk simply because of the demanding lifestyle.

No. 9: Economy—Going great presently, but there are clouds on the horizon, especially with a presidential election year looming in 2020. Markets always get spooked by uncertainty. I don’t think this is much of an issue right now for most small truckers, but that could obviously change. This could easily become issue #1 if the economy began to show signs of weakness.

No. 10: Transportation infrastructure/congestion/funding—I ranked this last because as much as every­one rightly grumbles about the condition of our highways and not building additional roads, I think most people are adroit enough to understand this has been a political football for so long neither political party in Washington can get things done on it, especially shoring up the Highway Trust Fund.

States are taking the lead by increasing gas/fuel taxes and registration fees. Many small trucking companies aren’t too thrilled with the idea of increased taxes and fees when they see so much diversion of the revenue raised for non-highway purposes. I do see alternatives coming to collecting a tax at the pump, and I actually support it. The fuel tax isn’t going away any time soon, but with the increasing number of alternative-powered vehicles, especially electric, we’re going to need a way to collect highway user fees from those people.

This year promises to bring electric and fuel cell-powered trucks into the market. In my view, they should pay the same fees everyone else does, even if that means a VMT fee for those types of vehicles.