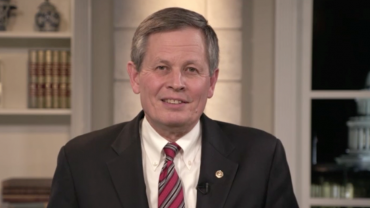 A group of U.S. Senators have said that small-business truckers and other industries that rely on trucking cannot bear the financial burden of a policy that could end up in the next transportation reauthorization bill. U.S. Senator Steve Daines encouraged his colleagues to sign a letter opposing an unnecessary increase in federal liability insurance requirements for motor carriers.

The letter was sent to leaders of the Senate Committee on Commerce, Science and Transportation in response to a provision added to House Democrat’s version of a highway bill (H.R. 2) that would increase the liability insurance requirement from $750,000 to $2 million per truck.

“The only thing this would do is destroy small trucking businesses,” said Lewie Pugh, executive vice president of The Owner-Operator Independent Drivers Association (OOIDA), who spent 22 years as an owner-operator. “Trial lawyers are simply trying to increase their payouts at the expense of those deemed essential, including truckers, farmers and manufacturers.”

The letter points out that current insurance requirements adequately cover 99.4 percent of crashes.

This summer, OOIDA also led a coalition of 62 trade associations that sent a letter to Senate transportation leaders contending that higher insurance levels would significantly increase operational costs while doing nothing to improve highway safety.

Contrary to proponents of an increase, the diverse and growing coalition justifies its position based on data and research. In fact, the coalition letter points out that there is no reputable research to suggest an increase of any amount would help reduce crash rates, and even cites an FMCSA-commissioned study which concludes that “…the vast majority of CMV-caused crashes have relatively small cost consequences, and the costs are easily covered with the limits of mandatory liability insurance.”

OOIDA will continue to work with industry stakeholders and lawmakers to promote economic recovery and growth.

“This is the time we should be helping those on the front lines,” said Pugh. “Congress is great at lip service. Lawmakers are quick to praise truckers and refer to them as essential during times of crisis, then they support policies that would put many out of business. Unfortunately, this sort of mentality is common inside the Beltway.”