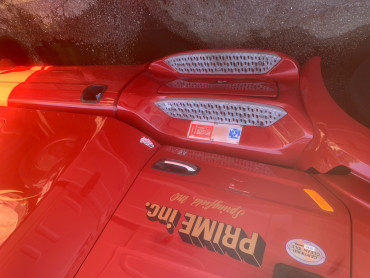 The October surprise follows a 5% month-over-month loss in September, according to ACT’s State of the Industry: U.S. Classes 3-8 Used Trucks. Longer term, sales were up 7% year over year, but down 17% year to date compared with the first 10 months of 2018.

“Despite the pop in sales … most dealers are reporting lagging used truck sales; at the same time, inventories are continuing to build,” said Steve Tam, ACT vice president.

The report also indicates used Class 8 average miles increased month-over-month (4%) and were virtually flat year to date, while average age inched up 1% compared with September, but rose 4% on a year-to-date basis. Average price also shed 13% month over month, while growing 3% year to date.

“The two forces are conspiring to drive prices down and creating a buyer’s market.” Tam says. “Prices have reached a point that is attractive enough to some buyers who are looking to upgrade their fleets to make a purchase decision, while fleets who have been holding onto trucks that they no longer need are making these trades available for purchase as freight softens.”