Time Running Low for Fleets to Convert AOBRDs to ELD

Although the federal electronic logging device mandate has been in effect for nearly two years, the regulation will take full force later this year when an exemption for older e-log systems is set to expire.

Motor carriers that continue to use grandfathered systems known as automatic onboard recording devices, or AOBRDs, have until Dec. 16 to update their onboard technology to compliant ELDs.

Technology vendors said many of their fleet customers have completed that transition, while others have begun the process.

Carriers that are still waiting to make the switch should get started now, they said.

Doyle Sims & Sons Trucking Inc., a 125-truck operation based in Gleason, Tenn., did not wait until the deadline to convert its AOBRDs to ELDs.

“We just got done,” Sheena Brooks, the company’s logistics analyst, said Aug. 9. “We wanted to get ahead of the curve a little bit in case there were any issues either with the firmware or our drivers.” 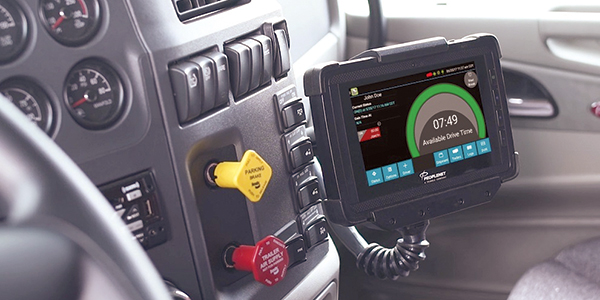 An ELD on a connected tablet. (Trimble)

Most over-the-road motor carriers have been required to use ELDs instead of paper logbooks to automatically record drivers’ hours-of-service information since December 2017. However, the Federal Motor Carrier Safety Administration has allowed carriers that had installed AOBRDs to continue using them for two years beyond the deadline.

“People are now resigned to the fact that the regulation is going to stick,” said Sid Nair, senior director of transport and compliance of Teletrac Navman.

Fleet operators that still need to update their AOBRDs and companies dissatisfied with the initial purchase they made to comply with the 2017 mandate are facing many of the same challenges, Nair said, including training drivers on how to use the ELD and ensuring that back-office workers know how to transfer logs.

The pace of conversion has been picking up since the beginning of the summer and continues to increase, vendors said.

More than 80% of Trimble Transportation’s customers are in the process of migrating, said Alicia Jarosh, vice president of customer experience. Most are aiming to be finished by mid-to-late November at the latest, she said.

J.J. Keller & Associates said that it had transitioned 90% of its AOBRD customers to ELDs.

Aspects of the process can be more time-consuming than might be expected, vendors and carriers said. Technology suppliers warned that a rush near the deadline could result in delays.

“The time to transition is now,” said Mike Ahart, vice president of regulatory affairs for Omnitracs. “Waiting until later in the year may put you in a long line of motor carriers and drivers who need assistance. ELD providers will be working with their customers on a first-come, first-served basis. However, there may be those who have been identified as ‘strategic customers’ who get priority, causing everyone else to fall further behind in the line.” 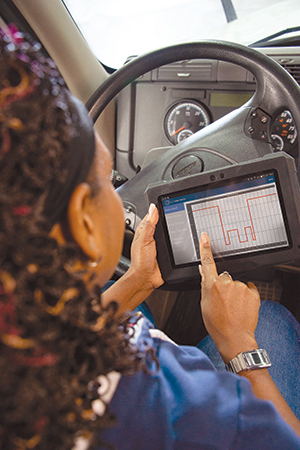 Others agreed that fleets still holding off on updating their AOBRDs could run into difficulties.

Refinery Specialties completed its conversion this summer and found that the project went smoothly with the help of its vendor, J.J. Keller, but it was unavoidably time-consuming, Hanson said.

“It’s hard to get every single one of your people into a training class or get them on a webinar,” he said. “We’re still training employees on accepting log edits. Training is ongoing — all the time.”

Fleets that operate multiple terminals can convert them one by one to avoid “everybody going through this major process at the same time,” suggested Fred Fakkema, vice president of compliance at Zonar Systems.

Trimble created a dashboard for each customer going through the transition.

Adam Bruttell, MiX Telematics’ vice president of sales and marketing for North America, said the majority of his company’s customers have made the switch. Carriers dissatisfied with their first choice of ELD and looking for a replacement are part of the current market, too, he said.

Carriers that do business with owner-operators are dealing with added complexity, according to Pam Jones, senior consultant with Fleetworthy Solutions, a company specializing in regulatory compliance and consulting. 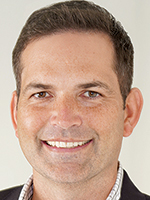 “A fleet can’t mandate that [owner-operators] are going to use this or that [device],” Jones said. “The fleet’s office staff really has to be fluent in multiple different vendor platforms.”

Educating and training drivers and managers doesn’t end once the ELDs are up and running. There is a need for continuous coaching after the switch, vendors and carriers said.

Unassigned drive time is a particular stumbling block for operators making the switch from AOBRDs to ELDs, Nair and others said.

“When we first started getting customers on ELDs, this was the biggest hindrance, and the biggest obstacle for drivers to learn and understand,” Nair said.

“The unassigned issue is kind of a curious one,” said Tom Bray, an industry consultant at J.J. Keller. 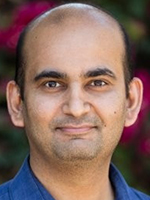 “There’s no third option,” Bray said, noting that AOBRD users could build “ghost” or generic driver accounts for road tests, yard moves — “all those odd miles that turn up in a fleet.”

“The first thing that needs to happen is thorough training for drivers and anyone else who will be using the ELDs,” Refinery Specialties’ Hanson said. “Train them very well before the transition takes place.”

“The transition was not as cumbersome as I thought it was going to be,” she said. “We didn’t have any problems.” 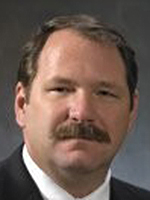 The vendor, Zonar Systems, trained Brooks and her colleague, John Bizzle, who is in charge of safety, compliance and training, to update the software on the proprietary Zonar tablets.

Every day, Brooks ran a report to see which trucks were in the yard and coming to the yard. After sending a firmware update from her computer to a specific unit, “We would go out to the truck, power it up, allow the firmware to download and then there were just a few simple steps,” she said.

“We would reboot the tablet a couple of times, cycle the engine three times, and then do a test run. We’d drive the truck around the yard a little bit, make sure everything downloaded like it should — and it was done,” she added.

Because the ELD is “more strict” than the AOBRD that the carrier was using, driver coaching continues, Brooks said.

“I met with as many of the drivers as I could one-on-one,” she said.

She directed drivers’ attention to a few visual changes to the onscreen graphics and repeated how to log on properly, emphasizing how sensitive the device is, she said.

“I can tell you the exact time you powered your engine on, when you logged into your tablet and any movement that has been made,” Brooks added.

She and Bizzle told each driver that they must know how long they’ve been off duty and how many hours they have to work that day and that week “before you do anything with your truck.”

“Daily we are doing log audits,” Brooks said. “Every day we’re reaching out to some driver, coaching them.”

Data management is another facet of the ELD transition.

Depending on their choice of ELD, carriers that have used AOBRDs might risk losing valuable data, according to Jim Griffin, chief operating officer and chief technology officer at Fleet Advantage, a provider of asset management and consulting for Class 8 fleets.

Carriers that have been using AOBRDs “are used to a pretty rich data set that has evolved over time,” Griffin said.

The ELD mandate, however, brought many new vendors to the market, some of which are focused primarily on meeting the ELD requirements for HOS and driver logs rather than capturing a wealth of data on fleet operations.