Truckers: Fill up your tank ASAP. Diesel could surge $.60 per gallon this week 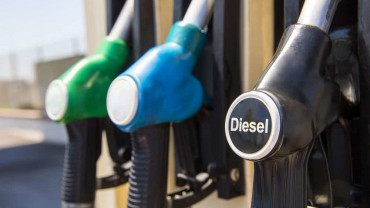 Diesel prices could spike by over 20% overnight due to the market coming to grips with the biggest blackswan event to hit oil in over a decade. On Friday night, while most of the U.S. was settling in for a weekend of high school, college and professional football, the world’s second largest oil producer was struck by a fleet of drones. The attack resulted in nearly half of Saudi Arabia’s oil production capacity taken off line, representing nearly 5% of global supply.

With futures markets closed over the weekend, it was hard to estimate how much the attack would impact prices, but on Sunday evening at 6PM ET, the oil futures market opened with the first trades up over 20%.

A 5% overnight supply shock is historically significant. According to Reuters, the last time oil lost this much supply over-night was during the 1991 Persian Gulf War. This weekend’s attack was more unexpected and unprecedented, because it did not involve large troop movements, just about a dozen unmanned drones.

Weekend news reports have warned that it could take weeks for the Saudi’s to resume normal operations as they assess the damage and deal with infrastructure repairs.

According to the Diesel Truckstop Actual Price per Gallon in SONAR (DTS.USA), FreightWaves’ own daily truckstop retail assessment, the current national average of ultra-low diesel (ULSD) at truck stops is $2.98 per gallon. If a 20% surge holds, it could translate to an overnight increase of nearly $.60 per gallon at the pump.

With operating ratios for August sitting at 99.46, any small impact to one of their largest variable costs would put them into the red. Normally, the larger carriers that enjoy fuel-surcharges would be able to pass on their increased costs to shippers in the form of fuel-surcharges. Unfortunately, for the truckload industry this will be unlikely for the next week.

Carriers tie their fuel-surcharges to The Department of Energy (DOE) weekly retail fuel assessment. The DOE weekly assessment of diesel prices at retail truckstop pumps, measures the price of retail diesel at nearly 400 stops. The data is published on the DOE site each Monday at 5PM ET, showing the prior week’s average prices. Carriers and shippers adjust their fuel-surcharge tables accordingly. A weekend spike won’t reflect the diesel surge from the attacks, since it happened outside of the prior week’s weekday assessments.

Carriers should plan accordingly. Many stops won’t change their retail prices until Monday morning when they have a chance to see how the wholesale prices shake out. Carriers that buy their fuel on wholesale rack prices would also be advised to fuel up as soon as possible before rack indices are adjusted. There is a lag of up to 36 hours between the financial markets movement and when the truckstops adjust their tables.

In other words: Fill up your tank before Monday morning

For participants with SONAR access, we update retail and rack diesel prices daily, while the DOE data (also in SONAR) updates weekly. It will be interesting to watch how these numbers move throughout the week.