Under pressure from truckers, Virginia lawmakers cancel plans for tolls on I-81 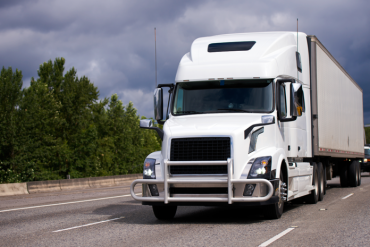 This week, lawmakers in Virginia opted to kill plan to place tolls on cars and semi trucks traveling on I-81.

On Thursday, January 31, the Virginia Senate Finance Committee rejected a plan to fund infrastructure improvements on I-81 by adding tolls, according to a report from WSET.

The original plan brought forth by Governor Ralph Northam would have attempted to generate $2 billion for infrastructure improvements by tolling the entire 325 mile length of I-81. Under one version of this plan, it could have cost truckers over $50 to cross I-81. Passenger vehicle drivers would have paid about $25.

The Virginia Senate Finance Committee also rejected a different plan that would have funded the I-81 improvements through a fuel tax. Lawmakers elected to study this proposition instead of actively moving forward with it.

Virginia’s plan to toll I-81 created an uproar among many trucking groups, who argued that it would interfere with interstate commerce and harm the local economy. The American Trucking Associations (ATA) threatened to sue the state of Virginia, arguing that the toll plan “discriminates against interstate commerce by favoring noncommercial vehicles over commercial vehicles.” Additionally, the Alliance for Toll-Free Interstates opposed the plan, instead supporting a tax increase to fund the infrastructure improvements.

K.T. Treat, Director of Business Development for Lawrence Transportation explained to WDBJ7 how the toll would have crippled his trucking company. “Our top expense is labor and benefits, second largest expense is fuel, and with this proposal it’s going to be our third largest expense for the trucking industry. That’s unfair.”