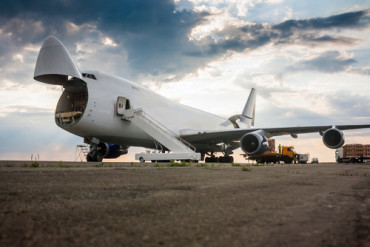 In international logistics, air and sea transport most often serve as a means of freight shipping of vehicles and other goods over long distances between countries and continents. Most of the transport companies offer these services, but their implementation requires knowledge and experience in the existing rules and methods of work. Therefore, each of these delivery methods is unique in its own way. There are many factors affecting the delivery conditions for a certain cargo in case of using one or another method.

What should you prefer when delivering a car — by air or by sea?

Nevertheless, when choosing a method of delivering a vehicle in favor of air or sea, you should come to a compromise solution. You should always consider the level of your budget. Usually, the cost of delivery is a priority when deciding whether to deliver either by air or by sea. It is also important to consider the required delivery time. Therefore, these two factors, as well as others, less significant, can directly affect the decision in vehicle freight shipping.

The fastest and safest way is to send the car on board aircraft. The flight will take several hours, and even for the longest distance, the moving itself will not take more than a day. A couple of days will be spent on loading and unloading operations and customs clearance at the airports of departure and arrival. The plane will arrive at the airport closest to your home. That’s true, such convenient traffic will cost a very significant amount of money, on average, ranging from $2,000 to $4,000. Air traffic sometimes costs more than the price of a car itself. Although for very expensive exotic cars, this option may well be suitable due to the speed of delivery, its reliability and safety. Of course, you can safely carry luxury cars inside enclosed truck trailers, which will be much cheaper than air. In terms of time, such road carriage will last several days, but this is within the same country.

How to get the best rate for shipping a vehicle via ocean freight? 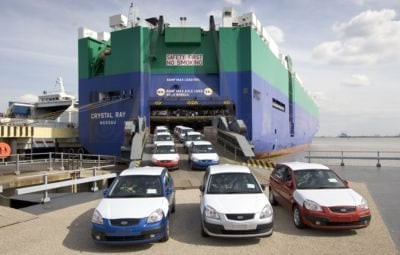 Your vehicle can be shipped across the ocean both by conventional sea transport at a price within the range of 1000-5000 dollars, and by plane at a much higher rate from 5000 to 40,000 dollars. The final price of transporting a car over a long distance overseas is formed under the influence of several reasons or factors. The delivery cost depends on the type of car and its size, as well as in case of road shipment. The larger the vehicle, the more expensive it is for transit. Of course shipping a freight vehicle is the most costly thing. Delivery times are directly related to the location of a final point and for this reason the transit time will be from 3 to 12 weeks. For expedited shipping, the shipping rate will increase. Delivery costs also depend on the destination and the loading of the transport route. Long distances are not cheap, and it happens that you need to send a vehicle through several intermediate points along the route. You can reduce costs by sending and collecting your car yourself, without the help of a targeted delivery. In the latter case, different traffic is used for delivery, which requires a lot of effort and expenses.

The most beneficial and uncomplicated way of sea freight vehicle shipping is RORO or Roll On / Roll Off. In this case, the cars themselves drive or roll into a sea vessel on special decks, where they are fixed with ropes to prevent collisions with each other during sea swells. This method is often used for sea freight and was developed in Japan for quick and convenient carrying of their cars to the ports of America and Europe. Cars inside the ship are protected from the influence of weather conditions as well as in containers and are even safer, since containers have a tendency to "get lost" in the vastness of the world's oceans during severe storms. In addition to the car itself, it is allowed to move only various maintenance tools and spare wheels inside it. Cars are transported in special ships, which are called sea carriers among freighters. In this way, not only cars, but also freight vehicle shipping is made for buses, trucks, trailers, tractors and other similar units. In international trade, such a way of shipment is in demand for reasons of low cost and convenience. At the ports of departure and arrival, vehicles are simply rolled into the ship before the shipment begins, and then rolled out of it after its completion. In ports, this is done by local services and therefore there is no need to bear the costs of storage in a warehouse, loading into containers, transit to a port, etc., which really reduces the cost of such sea freight.

In the USA, you can use the RORO delivery service at the following significant seaports in the country, such as Baltimore, Galveston, Jacksonville, Los Angeles, Miami, New Orleans, New York, Charleston and Houston. Car vessels leave for Western and Southern Europe, Asia, Africa, and the Pacific region.

That is true, RORO transportation has one rather important drawback caused by incomplete geographical coverage. Although above we mentioned all the continents of our planet where RORO cargoes get, they are still ahead of the transport of cars in containers through the distribution network. Containers have more options for multi-modal transportation when several modes of transport are combined. Indeed, in small countries in the depths of continents, there is no opportunity to receive goods using the RORO method. And containers reach almost all destinations.