Amazon Will Spend $800 Million to Move to One-Day Delivery 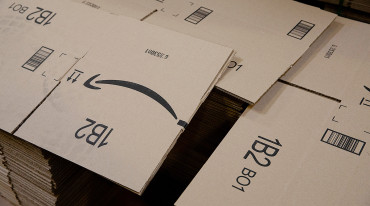 Amazon.com will spend $800 million in the current quarter to reduce delivery times for top customers to one day from two, trying to revive its main e-commerce franchise and ward off greater competition.

The announcement came after the online retailer on April 25 reported first-quarter profit that exceeded analysts’ estimates, demonstrating the company’s focus on cloud-computing, advertising, and other high-margin businesses continues to pay off.

Amazon Chief Financial Officer Brian Olsavsky later put the attention back on Amazon Prime, the subscription program that helped make the company the world’s largest online retailer. Amazon charges Prime customers monthly and annual fees — typically $119 in the United States — in exchange for shipping discounts and access to music and video programming. It offers free two-day delivery on many items.

That benefit is less of a draw now than when it was first launched in 2005. Established retailers and startups have closed the gap on Amazon’s offer of convenience. Walmart Inc. is delivering from its giant store network, as well as enticing people to order items online and pick up in stores. Over the holiday shopping season, Target Corp. made waves by scrapping minimum order sizes to qualify for free shipping.

“To the extent it is able to fulfill this promise or, at least, the perception it is able to do, it will place a lot of pressure on the competition, most of which is still trying to ramp its two-day efforts,” analysts at D.A. Davidson wrote in a note to investors.

Amazon’s e-commerce business saw unit sales grow 10% during the first three months of the year. That was the lowest ever. Total revenue increased 17%, the first year-over-year gain of less than 20% in a quarter since early 2015. Olsavsky said faster delivery times will increase the number and types of products customers are willing to buy from Amazon.

“We really think it’s going to be groundbreaking for Prime customers,” he said on a conference call after the results were released. “We have the capability because we’ve been at this for more than 20 years.”

Olsavsky didn’t offer a timeline for the project’s rollout, which will begin in the United States, saying, “We expect to make steady progress quickly and through the year.”

He also didn’t outline the extra ongoing costs Amazon will bear to take the program global .

Recently, the company started encouraging Prime members to group their orders for delivery on a single day. That helps Amazon consolidate shipping — and, if customers follow through — may hold down the cost of the new one-day pledge.

Amazon kept a lid on delivery costs in the period ended March 31, spending $7.3 billion in the quarter. That’s a gain of 21% from a year earlier but well below the pace of the increases seen in recent years.