American shippers and carriers react to signs of economic slowdown 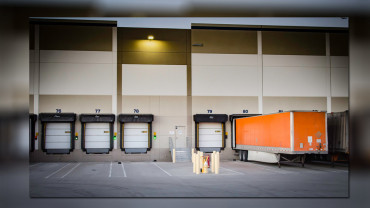 Leading the corporations is Apple (AAPL: NASDAQ), which announced its revenue for the end of 2018 would be lower than expected due to poor sales in China. This is the first time in 16 years that Apple has lowered its revenue expectations. The news prompted a selloff of Apple and other China-exposed stocks, including General Motors (GM: NYSE).

One reason for the airlines’ poor stock market performance is oil prices. Air carriers adjusted their fares and fees while cutting unprofitable flights in response to increasing crude prices in the first half of 2018 when they topped out at $86 per barrel. However, crude prices have since declined to roughly $56 per barrel, which historically prompts airlines to forgo extra profits to compete by lowering fares. This reduces investor interest in the market sector.

FedEx (FDX: NYSE) also reduced its 2019 earning guidance from around $17 per share to roughly $15-$16 per share. Shares of FedEx declined by 3.7 percent on Thursday and were down in 2018. FedEx CEO Frederick Smith blamed the cut in earnings expectations on domestic tax issues, labeling discrepancies with Brexit, the immigration crisis in Germany, the state-centered nature of the Chinese economy, and unilateral tariffs imposed by the United States.

“Most of the issues that we are dealing with today are induced by bad political choices,” Smith said during FedEx’s fourth quarter earnings call. “So you just go down the list and they are all things that have created a macroeconomic slowdown.”

CNBC analyst Jim Cramer concurred that entering China for American companies carries risk. He also agreed that the European market was slowing due to the trade implications of Brexit.

The Institute for Supply Management found discouraging figures in American manufacturing. Between November and December, the factory activity index dropped by 5.2 percent from 59.3 to 54.1, the largest monthly decrease since the 2008 financial crisis. New factory orders dropped to 51.1 from 62.1, an 11 percent decline. When the index is above 50 percent, it indicates that the market for manufacturing is still growing, but the steep drop is troubling.

FreightWaves SONAR examines orders for durable goods excluding transportation. The market’s lowest point since 2014 has been $141,619 million. By August 2018 that figure had grown by over 16 percent, reaching $164,643 million. The second half of 2018 saw orders plateau, indicating a slowdown of manufactured goods.