China Defies Trump With Plans to Raise Tariffs on US Products 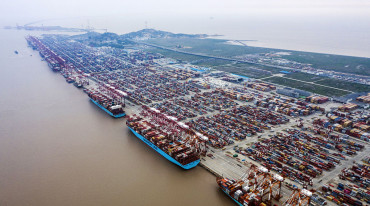 China announced plans to raise duties on some American imports starting June 1, defying a call from President Donald Trump to resist escalating a trade war that is sending stock futures tumbling and clouding the outlook for the global economy.

Less than two hours after Trump tweeted a warning that “China should not retaliate — will only get worse!” the Ministry of Finance in Beijing announced the measures on its website. The new rate of 25% will apply to 2,493 U.S. products, with other goods subject to duties ranging from 5% to 20%, it said.

The salvo came in response to the U.S.’decision last week to increase tariffs on $200 billion in Chinese imports to 25% from 10%. Trump on May 13 accused China of backing out of a deal that was taking shape with U.S. officials, saying Beijing reneged on an agreement to enshrine a wide range of reforms in Chinese law.

“I say openly to President Xi & all of my many friends in China that China will be hurt very badly if you don’t make a deal because companies will be forced to leave China for other countries,” Trump wrote on Twitter. “You had a great deal, almost completed, & you backed out!”

Both the United States and China had tried to project calm since the latest round of discussions ended May 10 and said that they plan to continue negotiations in the hopes of avoiding a tumble in markets and broader economic damage.

Meantime, Chinese state media blamed the United States for the impasse and talked up its economic resilience, with the People’s Daily saying in a front-page commentary that the United States should take full responsibility for the setbacks because it went back on its word and imposed more levies.

The latest breakdown has prompted an escalation in the tariff war between the world’s largest economies that looks increasingly like the International Monetary Fund and others’ worst-case scenario for a global economy already forecast to grow this year at its slowest rate since the immediate aftermath of the 2008 financial crisis.

On May 13, U.S. officials are expected to announce details of their plans to impose a 25% additional tariff on all remaining imports from China some $300 billion in trade.