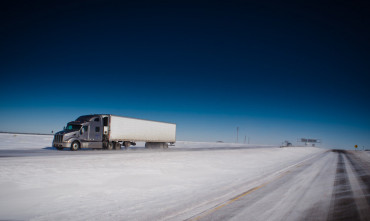 A lengthy study recently published by the federal Bureau of Labor Statistics concludes that, from a true economics perspective, there’s little evidence supporting the widely publicized notion that there’s a driver shortage in the trucking industry. Any perceived shortage is isolated to long-haul truckload fleets, argues the study from BLS, the U.S. Department of Labor’s research wing.

The issue, BLS contends, is more one of driver retention rather than a shortfall of people willing to work as truck drivers. The agency acknowledges the market for drivers has been tight for decades, but says that there’s no “evidence of a secular shortage,” referring to a shortage persisting long-term as opposed to temporary or cyclical.

“As a whole, the market for truck drivers appears to work as well as any other blue-collar labor market, and while it tends to be ‘tight,’ it imposes no constraints on entry into (or exit from) the occupation. There is thus no reason to think that, given sufficient time, driver supply should fail to respond to price (wage) signals in the standard way,” BLS summarizes in its report, “Is the U.S. labor market for truck drivers broken?”

The report was written by Stephen V. Burks, an economics professor at the University of Minnesota Morris, and Kristen Monaco, an associate commissioner at BLS.

The authors contend that labor shortages are difficult for economists to pin down and to study, but the agency casts blame for persistent claims of a driver shortage on the media — both consumer and trucking trade press — and with trade associations, such as the American Trucking Associations. ATA has long argued the industry faces a pressing shortage of truck drivers.

ATA Chief Economist Bob Costello, in a response issued to the BLS report, said the report’s authors “demonstrate some basic misunderstandings about the trucking industry.”

“The authors’ own concession that wages are going up significantly, as motor carriers are unable to hire quality drivers, undercuts their own conclusions. This alone suggests there is a systemic issue with getting enough labor in the for-hire truckload driver market.”

He also says the report disregard’s ATA’s arguments that the driver deficit is about a dearth of “qualified drivers,” not a shortage of applicants.

“Unlike other ‘blue collar’ jobs the authors compare truck drivers to, motor carriers cannot simply hire anyone to do the job. There are many barriers to entry for new drivers: age requirements, CDL testing standards, strict drug and alcohol testing regimes and, perhaps most importantly for many fleets safe and clean driving records,” he says. “In some cases, carriers must reject 90 precent of applicants of out of hand because they fail to meet at least one of the perquisites to drive in interstate commerce.”

ATA data on driver turnover and industrywide anecdotes about the challenges in recruiting desired drivers have contributed to the driver shortage perception.

High turnover does not equate to a labor shortage, BLS contends, and accounting for all industry segments, there’s little evidence of a labor shortage relative to driving jobs.

From the BLS report: “Economists would not regard high turnover rates and the associated problems of recruiting and retaining drivers in this part of trucking as a long-term shortage. Nor would they call these conditions a ‘broken market,’ except to the extent that one might use that term for a secondary labor market segment, since the high turnover that marks such a segment is an indicator that the jobs in it are unattractive to many potential employees.”

It covered industry data from between 2003 and 2017, including data on industry wages, turnover, trucking segments and more. Those metrics were compared to data within other industries with which trucking competes for workers, such as construction and manufacturing.

Truckers earn more than workers in those industries, helping lead to stable employment within trucking, the report finds. Drivers are likely to move between industries for better money, but surprisingly, truckers move between occupations at a lower rate than “workers with similar education levels,” the report’s authors say. “This suggests that, in aggregate, the labor market for truck drivers works about as well as the labor markets for other blue-collar occupations.”