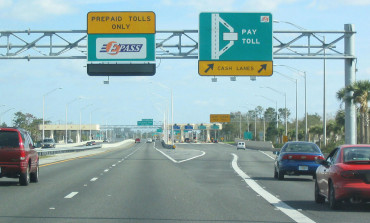 Lawmakers promise "electronic measures to ensure that there are no incentives for heavy trucks to exit the Interstate and reenter after a toll." As Virginia lawmakers push forward with legislation to toll drivers on I-81, they are also concocting a plan to monitor and punish those drivers who try to avoid the toll roads.

On Wednesday, January 16, Virginia lawmakers submitted two bills to push forward Governor Ralph Northam’s plan to toll both passenger and commercial vehicles on the entire 325 miles of I-81 that run through the state, according to a report from WSLS.

The daytime toll for truckers would be $0.17 per mile, meaning that it would cost a little more than $55 to cross the entirety of I-81. The nighttime toll rate would be cut in half to encourage drivers to travel at off-peak hours.

Lawmakers trying to sell the bill to the public point out that truck drivers will bear most of the toll burden.

Virginia lawmakers also have plans to thwart truck drivers who might attempt to use alternate routes to avoid the I-81 tolls.

A news release from the office of Senator Mark Obenshain provides details about a video monitoring system that would be put in place to try to catch drivers who are avoiding the toll.

From the news release:

And there will be electronic measures to ensure that there are no incentives for heavy trucks to exit the Interstate and reenter after a toll. The bill establishes a video-monitoring system and automatic vehicle identification system to monitor and penalize trucks and vehicles who exit and re-enter Interstate 81 to avoid a toll. This will protect commuters on Route 11 and other adjoining roads from dealing with traffic and safety concerns from diversionary drivers.

The news release does not offer details about what kind of penalty that toll skippers might face.

Stephanie Kane with The Alliance for Toll-Free Interstates also points out that the video monitoring system could raise questions about privacy and enforcement. “Which raises a lot of privacy concerns, because who is to say why you got off the highway at what road you did … and it’s going to cost a lot of money to enforce that,” she said.

The American Trucking Associations (ATA) has hinted that they are considering suing the state of Virginia over the proposed tolls.