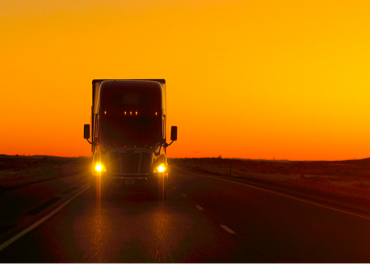 A truck driver has been sentenced to prison for stealing hundreds of laptops computers worth nearly a quarter of a million dollars, according to authorities in Georgia.

Fifty one year old Decatur, Alabama-based truck driver Gevorg Kevliyan was sentenced to a year in prison followed by three years of supervised release, according to a news release from the U.S. Attorney’s Office Northern District of Georgia. He was also ordered to pay $245,000 in restitution.

Georgia prosecutors say that Kevilyan took part in a cargo theft scheme in the summer of 2017, which is detailed in the news release:

On June 21, 2017, Acer Incorporated contracted with a trucking company to deliver 15 pallets of 900 Acer Chromebook laptops valued at $245,000 from a packaging facility in California to a Costco distribution center in College Park, Georgia. Due to problems with the purchase order paperwork, Costco rejected the shipment once it arrived. Gevorg Kevliyan was then hired to drive the tractor-trailer containing the laptops back to California. Once Kevilyan took control of the truck, however, he reported it to be empty. He later claimed to have traveled to Chicago, Illinois, to pick up another load of cargo before returning to California.

Contrary to Kevilyan’s statement, GBI agents obtained records from a weigh-station in Ringgold, Georgia, where Kevliyan stopped on his way to Chicago. The records indicated that Kevliyan’s truck weighed several thousand pounds more than would be expected for an empty tractor-trailer, consistent with a load of 900 laptops.

GBI agents traveled to Chicago, where they used GPS information from the truck to locate surveillance footage from a Chicago warehouse. The video showed a tractor trailer matching Kevliyan’s arriving on the evening of July 5, 2017. Approximately 15 pallets were then unloaded by the on-site janitor and several other unknown men. The pallets matched the appearance of the Acer laptops. When later located and interviewed, the janitor described being contacted by the owner of a nearby business to unload the truck for $250. On July 18, 2017, he later loaded the same pallets onto another truck with a different driver for an additional $250.

Authorities also say that they obtained gambling records from the Virgin River Hotel and Casino in Mesquite, Nevada, which showed that Kevliyan gambled with over $11,000 in cash.

“This conviction demonstrates the great work of law enforcement at all levels to investigate and prosecute major cargo theft affecting Georgia and our surrounding states.  The GBI remains committed to working with our local and federal partners to address these types of crimes,” said Vic Reynolds, Director, Georgia Bureau of Investigation.