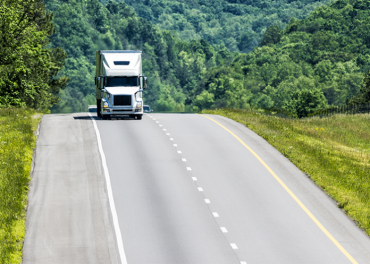 Federal prosecutors say that he spent the money on a trip to the Caribbean, country club dues, and gambling.

A Pennsylvania trucking company owner is facing federal fraud and tax evasion charges after he reportedly deducted taxes from his employee’s paychecks and spent the money on himself.

Fifty-year old trucking company owner Michael Gerstenberg is facing charges of fraud and failure to turn over tax payments in a U.S. District Court, according to court documents released on Friday, March 29.

Gerstenberg, who owns the Allentown, Pennsylvania-based trucking company A.E. Logistics is accused of withholding federal income tax, Medicare tax, and social security taxes from his employee’s paychecks but never sending that money to the Internal Revenue Service (IRS), according to the Morning Call.

The company also failed to file tax returns for several years, according to court documents.

Instead, federal prosecutors say that Gerstenberg spent the $732,291 in payroll taxes that he diverted from the IRS between 2010 and 2015 on “extravagant personal expenses.” These expenses include “a Caribbean vacation and other travel, gambling, jewelry, fine dining, country club dues, nightclubs and entertainment.”

Gerstenberg is also accused of filing false income tax returns on behalf of his girlfriend 2012 and 2013, grossly inflating her salary on tax documents without her knowledge.