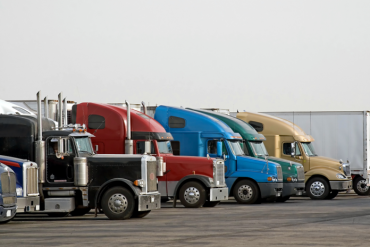 The Federal Motor Carrier Safety Administration (FMCSA) has said that carriers don’t need to comply with the state of California’s “extra rules” for truck driver meal and rest breaks, arguing that they cut down on productivity and that they hurt the economy.

On December 21, the FMCSA announced that they have granted a petition from the American Trucking Associations (ATA) and other trucking groups asking for permission to preempt State of California’s Meal and Rest Break (MRB) rules in favor of federal hours of service regulations.

The FMCSA ruling definitively states that “California may no longer enforce the MRB Rules with respect to drivers of property-carrying CMVs subject to FMCSA’s HOS rules.”

The ruling overturned a 2014 decision from the US Court of Appeals for the Ninth Circuit which found that truckers working in the state of California were subject to that state’s MRB rules.

The California break rules required employers to provide drivers with a 30 minute meal break for every five hours worked in addition to a paid 15 minute break every four hours. Per California law, an employer who fails to provide employees with these breaks is required to pay that employee for an extra hour of work at his or her usual pay rate.

The FMCSA says that they are granting the petition “to ensure uniform and consistent rules in order to promote safety and economic growth.”

“California’s extra rules reduce productivity and are a drag on the economy. For example, FedEx stated that “California rules have resulted in a costly loss to driver productivity,” and the National Retail Federation explained that a member company reported that due to the MRB rules, the company’s drivers in California had a 3% reduction in productivity compared to drivers in the balance of the country, which cost the company $1.5 million annually. Every bit of loss productivity increases costs to consumers and hurts hard-working American families.”

The FMCSA says that they reviewed 700 comments on the California MRB rules and that approximately half were for the petition and half were opposed to the petition.