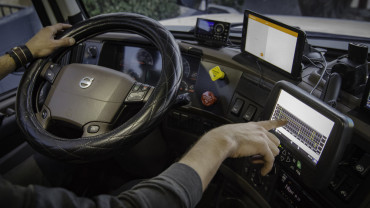 A new petition drive has been launched on the White House petition site hoping to convince the Trump administration to look at exempting small motor carriers and owner-operators from the electronic logging device (ELD) regulation.

While the petition itself is asking for a pair of bills to be reintroduced in the House, a power that the White House does not have, the act is the latest in a string of efforts to provide regulatory relief from the ELD mandate.

“We the People of the trucking industry support and would like to see these two bills reintroduced in the House, as it will be a much-needed breakthrough for small commercial and agricultural motor carriers,” the petition reads. “H.B. 5948 to exempt motor carriers that own or operate 10 or fewer commercial vehicles from the electronic logging device mandates, and for other purposes. H.B. 5949 to exempt certain motor carriers engaged in agricultural business from the electronic logging device requirements, and for other purposes.”

A White House petition requires 100,000 signatures be obtained in 30 days from the date of posting to receive a formal review by the White House. As of Monday evening, the just-launched petition had fewer than 200 signatures.

Introduced by U.S. Rep. Collin Peterson (D-MN), H.B. 5948 garnered 36 co-sponsors but never moved out of committee after its May 2018 introduction. Neither did H.B. 5949, also introduced by Peterson. Both bills were referred by the House Transportation and Infrastructure Committee to the Subcommittee on Highways and Transit.

The petition follows recent efforts by a group calling itself Black Smoke Matters, which is seeking a nationwide shutdown of the industry by drivers, starting on April 12, to protest ELDs, regulations, parking issues, driver training and more. Black Smoke Matters is asking truck drivers across the nation to join it on April 12 and shut down their trucks for the day or more. It has courted controversy for some calls within the group for drivers to block highways, off-ramps and fuel pumps.

There have been several other attempts to ease the pain drivers are feeling because of the ELD rule. The Owner Operators Independent Drivers Association (OOIDA) submitted a petition late in 2017 seeking exemptions from the ELD rule for small carriers – defined by the Federal Motor Carrier Safety Administration (FMCSA) as any carrier making less than $27.5 million a year in revenue.

If approved, the petition would have provided a five-year exemption from the rule for small businesses as defined by the Small Business Administration. Under the terms of the petition, carriers could not have had a carrier rating of “unsatisfactory,” and would have needed to “document a proven history of safety performance with no attributable at-fault crashes” to be eligible.

OOIDA said that petition was denied.

Norita Taylor, spokesperson for OOIDA, told FreightWaves the association “still objects to the mandate but at this time we have not yet reviewed the possibility of reintroducing legislation related to it.”

A similar effort was launched by the Small Business in Transportation Coalition. That group asked for relief for “small private, common and contract motor carriers with fewer than 50 employees,” according to the comments page set up on the regulations.gov site.

It too was denied.

The ELD mandate was codified into law by Congressional legislation, meaning FMCSA is unable to make changes to it. For its part, FMCSA has been trying to provide some relief, where possible, through specific exemptions to the ELD requirements and through an Advanced Notice of Proposed Rulemaking (ANPRM). Administrator Ray Martinez has acknowledged some issues with hours-of-service (HOS) rules that have come to light under the ELD rule, specifically with regards to the 30-minute break requirement and the 14-hour clock.

“I’ve been charged by the President and Secretary [of the U.S. Department of Transportation] to look at regulations from top to bottom,” Martinez told the audience at Mid-America in 2018. “I can’t change the law, but I can look at regulations.”

The ANPRM sought comment on extending the 14-hour day under certain conditions and expanding the current 100 air-mile “short-haul” exemption from 12 hours on-duty to 14 hours on-duty, in order to be consistent with the rules for long-haul truck drivers as well as revisions to the 30-minute break rule and the possibility of adopting a split sleeper option.