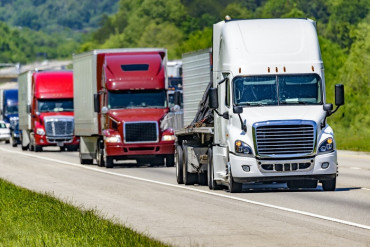 In a hearing before the House Committee on Transportation and Infrastructure Thursday, Transportation Secretary Pete Buttigieg mentioned "user fees" as a possible source for infrastructure funding, and that he was "very open" to a potential national vehicle miles traveled (VMT) tax as a source of funding for the Highway Trust Fund (HTF).

The HTF – the primary source of federal funding used by state governments to maintain and improve roads – is funded currently almost exclusively by a per-gallon excise tax on gasoline and diesel fuel. The current federal fuel tax rates of 18.4 cents on gas and 24.4 cents on diesel were last increased in 1993. Since then, improvements in vehicle miles per gallon, combined with inflation over that 28-year span, have undercut the HTF's ability to adequately fund roads projects and the roughly $40 billion fund has faced annual shortfalls for more than a decade.

Last February, several U.S. Senators proposed a VMT tax exclusively on trucks. VMT has long been seen as a more consistent stream of funding, especially as the nation begins its shift to electrified vehicles that would circumvent a fuel tax entirely

However, a report compiled by the American Transportation Research Institute found that costs associated with implementing a VMT tax could far exceed any revenue gains.

“It’s clear that a VMT tax is a far more complicated and costly replacement for the fuel tax than many had anticipated,” said James Burg Trucking Company President and CEO Jim Burg.  “If a system like this is going to work for everyone, many years of thoughtful planning and federal leadership are needed.”

ATRI found that replacing the fuel tax with a VMT tax, which would be assessed on 272 million private vehicles, could result in collection costs of more than $20 billion annually – about 300 times higher than the federal fuel tax. Collection points currently are fewer than 270 companies that own fueling terminals, but with a VMT that would balloon to "every registered motor vehicle in the U.S.," ATRI noted.

Hardware costs alone (mostly attributable to providing motorists with a GPS-enabled device) could have an initial price tag of $13.6 billion and require ongoing replacement. Telecommunications costs would be approximately $13 billion annually, and account administration would be an additional $4.3 billion each year, ATRI estimated. "On top of these costs, credit card transactions for electronic payment and even the shipping costs for the hardware could each cost more than $1 billion," the agency said.

Further, ATRI said, without the ability to ensure mandatory participation in the VMT and methods in place to collect delinquent payments, incidents of VMT tax evasion are likely to be high.

"When there is significant cheating or a sense of unfairness, tax systems begin to break down and those following the rules no longer buy into them," the agency wrote.

"I think the public is willing to pay for it if they get a transportation system," said Congressman Don Young, (R-AK) at Thursday's hearing. "We have 10 states now that have passed a user fee – or a higher user fee – as long as the user knows the money's going into transportation."

Despite the static fuel tax rate, fuel economy improvements, and electric vehicle proliferation headwinds, federal fuel tax revenues have grown across the past two decades by approximately 20% – a result of "growth in vehicle travel, though each vehicle, on average, is paying less into the trust fund due to improved fuel economy," ATRI wrote in its report.

In 2019, 3.26 trillion vehicle miles were traveled in the U.S., according to the U.S. Department of Transportation Federal Highway Administration (FHWA). If each of these miles were charged 1-cent per mile, ATRI theorized, it would raise $32.6 billion. Nearly 90% of these miles were driven by light duty vehicles. Tractor-trailers make up only 1% of the U.S. fleet, but accrue more than 5% of the miles driven, according to the FHWA.

Rate structure, ATRI said, would be key in achieving wide-ranging goals of any potential VMT, but there is no clear-cut best option. The simplicity of a flat rate VMT "is generally not able to meet certain social or environmental policy objectives that go beyond revenue generation," the report said. "If the stated goal of a VMT tax goes beyond revenue collection, then a variable rate is necessary."

Variable rates, which could allow state and local jurisdictions to set customized rates in addition to the federal VMT tax, would be "confusing," ATRI suggested, "and it is unclear how price signals would be channeled to drivers. A worst-case scenario would have drivers not receiving the price signals, and unknowingly accruing expenses that they did not intend or could not afford."

A hybrid approach, with a flat federal rate and variable state rates, could be deployed but a per-mile charge would need to be clearly defined at state boundaries, and there could be no variability based on time or below state-level boundaries. That's an approach somewhat similar to the IFTA system but like the variable rate approach, a hybrid option would require expensive onboard GPS-level tracking technology.

With the possibility of identifying VMT by roadway, a VMT tax system could end the double taxation issues, like paying both a toll and a fuel tax. While that may sound like good news, ATRI contended it would drop several billion dollars in revenue from the Highway Trust Fund.