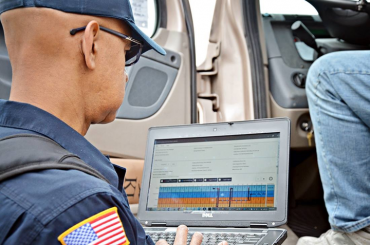 ELDs were supposed to reduce driver fatigue and make roads safer, but a recent report suggests that any benefits may have been offset by an increase in unsafe driving behaviors.

Alex Scott, assistant professor of supply chain management at the D’Amore-McKim School of Business at Northeastern University, led a team that evaluated inspection and crash data from the Federal Motor Carrier Safety Administration and found that widespread adoption of ELDs in the trucking industry has so far had no measurable impact on the number of accidents.

The report, “Did the Electronic Logging Device Mandate Reduce Accidents?”, looked at large and small fleets and compared accident rates before and after the ELD mandate. What it found was that, among small carriers, which are where ELD adoption saw the largest increase from 2017-2018, there was no significant difference in the number of accidents.

Among larger carriers there was an increase in accidents after the ELD mandate, but the paper noted that most large fleets were already running electronic logs prior to the mandate. ELDs offer more of a benefit to large fleet, according to the report, allowing them to better monitor their drivers and increase their ability to reduce the number of HOS violations.

But for small fleets, whose operations are less complex than large fleets, the monitoring and informational advantage of ELDs are not as compelling, says the report's author.

“We show the mandate clearly achieved its first-order effect: Drivers increased their compliance with HOS regulations, with drivers for small carriers most affected, because many large carriers had already adopted ELDs and violated HOS regulations infrequently prior to the mandate.  However, there is no evidence to suggest that the number of accidents decreased,” the report states.

One thing that did change for the better? Hours of service compliance. HOS violations decreased by 36.7% in the initial light-enforcement phase after the ELD mandate went into effect in December 2017, and a further 51.7% when stricter enforcement set in starting April 1, 2018. Even among owner-operators, who in general were against the ELD mandate, HOS violations fell 43.9%.

“Our data suggests that unsafe driving infractions for small carriers and independent owner-operators increased relative to large asset-based carriers after the mandate was implemented, thus suggesting a potential mechanism for the lack of a decrease in accidents.”

Researchers found that drivers often had to weigh the benefits of violating hours of service vs. potential productivity loss due to unexpected delays or simply reduced earning potential that stems from a hard limit on hours. This is something that has always been true and in the past drivers got around it by fudging their paper logs. However, ELDs have made it easier for inspectors to catch HOS violations and impossible for drivers to adjust logs. Since it’s harder to avoid the consequences of violating hours of service, there was an increase in driver speeding which could be counteracting the safety benefits ELDs may have gained in regards to driver fatigue.

While detractors of ELDs have been saying this for years, the research does suggest that instead of increasing highway safety by reducing fatigue, the primary goal of mandated ELDs, the unintended consequences may be offsetting the benefits.

“Our research also provides another example of how policy interventions are fraught with uncertainty in complex systems with many interconnections and possible feedbacks,” the report states.

“Given the legal liabilities involved with being in a crash when outside hours-of-service limits, drivers are incentivized to be extra cautious when driving beyond limits. The ELD mandate has not done much to change the driver calculus in this respect, and so it is perhaps not surprising that we fail to uncover significant accident reductions,” the paper concludes.