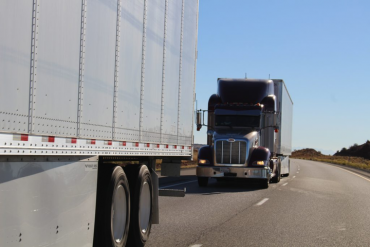 Despite climbing spot freight volume, rates hang flat: Spot market freight volume in the three major truckload segments (van, reefer and flatbed) jumped in March from February and were only down slightly year-over-year. But a flood of trucks working the spot market, “kept rates in check,” said DAT in its monthly Freight Index.

“We anticipated a bigger increase in demand for trucking services, but unexpected events, including flooding in the Midwest and a major tank fire in Houston, prevented the typical surge of shipments ahead of the close of Q1,” said DAT Senior Industry Analyst Mark Montague. “As a result, truckload rates were lower than expected in March.”

While freight volume increased 3.7 percent for vans and 2.1 percent for reefers compared to February, rates fell a few cents per mile in both segments, DAT reported. Flatbed freight was the strongest segment of the three, with a 10 percent increase in freight demand. Rates in the segment climbed slightly in March from February.

“Overall freight availability reflected a solid economy during the month of March, with van freight volumes increasing more than 6 percent during the last week of the month,” Montague said. “There was enough capacity to cover the demand, and as a result rates did not rise as expected for this time of year.”