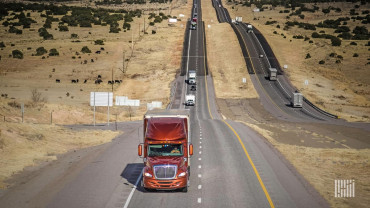 The percentage of carriers still running automatic onboard recording devices (AOBRDs) has dropped to 3%, according to a FreightWaves survey conducted in conjunction with EROAD and CarrierLists. This number has remained under 5% for the past few weeks.

The surveys are done in order to take the pulse of the trucking industry ahead of the December 16 electronic logging device (ELD) compliance deadline. At this time, the AOBRD grandfather clause will run out and all non-exempt carriers will be required to install ELDs in their trucks.

Fleets of all sizes running various routes are included in the survey. The respondent pools change each week in order to get a more comprehensive view of the industry. This week, 166 carriers were polled. Only seven of them, or 4%, reported still using AOBRDs.

When this week’s results are combined with the results from the past two weeks in order to form a three-week moving average, the result comes in at 3%. This is slightly higher than last week’s results. This climb does not indicate that more carriers have started installing AOBRDs. Instead, it is a result of the changing respondent pool. 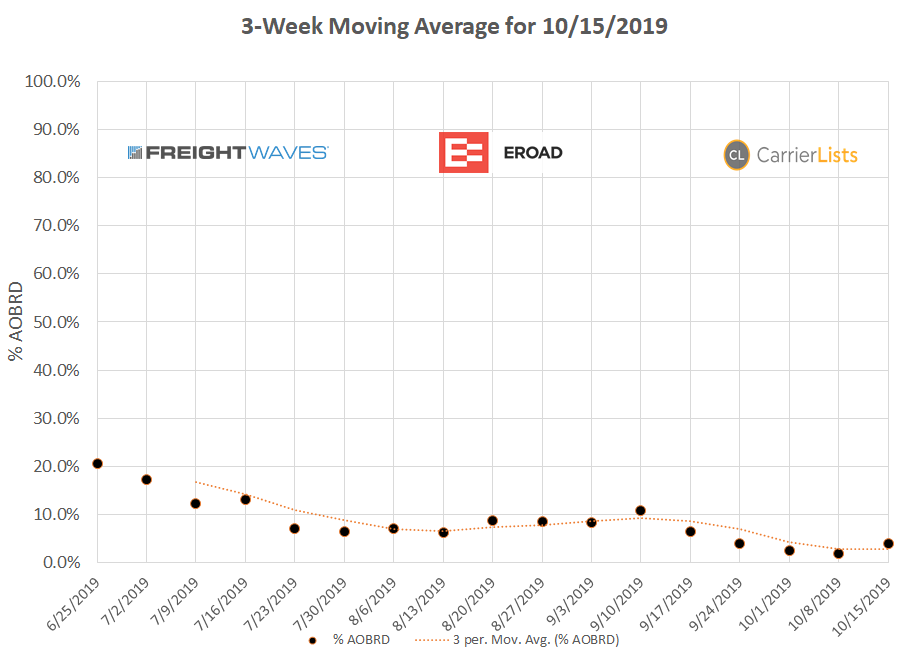 Regional carriers are still lagging behind their peers in compliance, but they have gained ground. These carriers, which tend to operate the fewest trucks, reported 95% compliance on a three-week moving basis.

With carriers across all lanes reporting 95% or higher compliance, it appears some of the earlier ELD hold-outs have begun making the transition away from their old devices. This aligns with survey results, which suggests many small carriers would wait to switch until the fourth quarter. 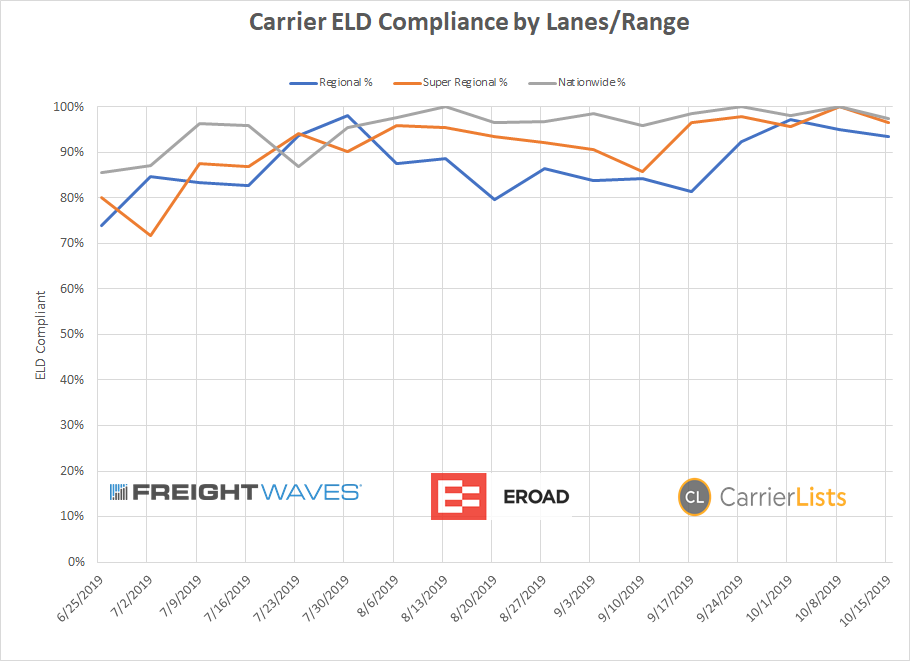 Of the carriers that have not yet started running ELDs, the majority are expected to do so in October or November. There will inevitably be a small minority of carriers that wait until December to become compliant, but this is not expected to have a significant impact on the overall freight market.

Still, waiting until the last possible moment to start running ELDs could cost individual carriers when it comes to lost time and highway fines. The carriers with the fewest trucks are also the least compliance, meaning the carriers with the most to lose are the same carriers that cannot afford to lose it.

Visit the AOBRD to ELD resource center to download the guide