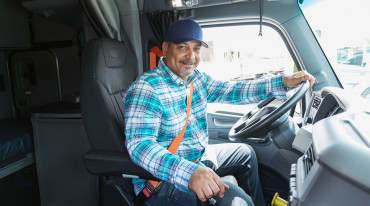 As capacity tightens in the trucking industry, some carriers are beginning to announce pay hikes. While the frequency of these increases are not yet nearing the rapid pace of hikes the industry saw during the busy year of 2018, some industry watchers said they would not be surprised to see more jumps.

“I’ve seen a number of companies over the last couple of weeks make statements that they are raising their driver pay,” said Jeremy Reymer, CEO of Indianapolis-based driver recruiting firm DriverReach, in an interview with Transport Topics. “I think we’ve lost a ton of drivers this year, because of COVID.”

“The pandemic has influenced the speed in which shippers are accelerating products through their supply chain,” Schneider Executive Vice President Dave Geyer said. “Shippers who rely on time-sensitive service or have high-value freight now realize, more than ever, the importance or value of having professional, safe and dependable team service. These shippers are seeking solutions from Schneider at higher rates for the expedited transit time, and Schneider is passing the rate increase on to our team drivers.”

On Oct. 1, drivers with Crete Carrier and Shaffer Trucking saw their pay for national and regional routes increase.

Starting pay for national drivers will now range from 51 cents to 57 cents per mile depending on experience. The pay cap for over-the-road fleets will also grow to between 58 cents to 61 cents per mile. The pay increases apply to all solo, team and owner-operator drivers on national and regional over the road fleets that pay by the mile.

Crete said the pay increase is a reward for the great work drivers are doing during the pandemic.

“Our drivers have helped keep America’s shelves stocked during a pandemic. They’ve run more miles per driver than last year. And they’ve come through for our customers time after time,” Crete Carrier President Tim Aschoff said. “Now, our customers are asking us to do more, allowing us to provide a well-deserved pay raise for our drivers.”

Reymer said there are several reasons companies are raising pay, including:

Another critical factor compelling companies to raise pay is the large increase in contract and spot rates over the past several months.

DAT Freight and Analytics on Oct. 4 said the national average for van rates set a record high, hitting $2.38 in September, 6 cents higher than the previous high mark set in June 2018.

Shippers also are relying more on the spot market, where the national rate for vans jumped 9 cents from the end of September through the first week of October to $2.46 per mile. Flatbed rates jumped 2 cents to $2.43 a mile, and reefer rates increased 2 cents to $2.59 a mile.

Leah Shaver, CEO of the Mankato, Minn.-based National Transportation Institute, which studies driver pay trends, told Transport Topics the factors Reymer cited, plus others, are leaving companies with no choice but to raise pay.

“For the last few weeks, it seems every couple of hours, some fleet is increasing pay,” she said. “The fleets are telling us because capacity is so tight, they could do four times the amount of work, if only they had enough drivers.”

The increase in driver pay and the shortage of drivers is a far cry from just a few months ago when the Labor Department reported 88,300 drivers and other transportation-related workers lost their jobs, as the U.S. economy fell into a deep recession as a result of the COVID-19 pandemic.

“The driver shortage right now is as bad as I have ever seen it,” Reymer said. “A driver with a CDL and a good safety record is very valuable right now.”