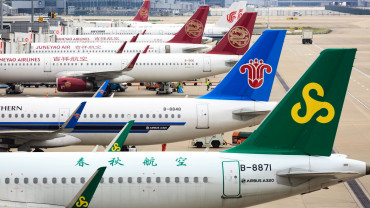 Multiple logistics companies are reporting that authorities have suspended operations in a major warehouse at Shanghai Pudong International Airport because of a COVID outbreak, putting a halt to most freighter activity at China’s largest cargo airport.

The timing of the closure throws another wrench in supply chains already stretched thin by ocean and airfreight capacity shortages and extensive shipping delays as the peak export season kicks into high gear for the holidays. All-cargo carriers in Shanghai have faced delays and cancelled flights for more than a week because of airport staffing shortages that occurred when authorities imposed strict COVID protocols to prevent the virus from spreading.

PACTL is one of two cargo terminals at the Shanghai Pudong airport.

SEKO Logistics, in a customer advisory, said all freighter flights are canceled until further notice, and the airport is only accepting cargo from passenger aircraft. The Chicago-based freight specialist warned of serious backlogs in Shanghai. Qatar Airways and Polar Air Cargo are diverting all-cargo aircraft to Guangzhou, Zhengzhou and Shenzhen. Other airlines are diverting flights to Hong Kong, it said.

Etihad Cargo and other airlines have already canceled weekend freighter departures, according to Spyrou.

No statement has been issued by the airport authority or PACTL, and a great deal of conflicting information is circulating in the Shanghai cargo community. Health authorities are testing everyone in the cargo terminal for COVID. The duration of the shutdown is uncertain, but could be more than a week based on how authorities have handled similar cases at seaports and other logistics hubs.

Some forwarders are considering alternative export methods such as using ferry services to South Korea and transferring to the airport, or sea-air transshipment via Singapore or Dubai, SEKO said.

Spyrou said many of his China network partners are moving weekend consolidation freight through Chengdu airport and other smaller airports to the west because they are afraid to drop cargo at Shanghai Pudong due to the anticipated backlogs.

C.H. Robinson said in a customer note it will seek alternative routings for customers. Freight forwarder UWL, a subsidiary of Cleveland-based World Shipping Inc., plans to reroute shipments to Beijing and explore other origin airports, James Constantinidis, director of airfreight, said in an email.

In related news, the Meishan Terminal at the Port of Ningbo, China, which authorities shut down 10 days ago over one COVID case, has started to load and unload vessels that were already berthed prior to Wednesday. Empty pickups are scheduled to reopen on Wednesday, with the terminal back to full operating tempo by Sept. 1, SEKO Logistics said in a customer notice Friday.